Frehley was pivotal in Weezer frontman Rivers Cuomo's decision to pick up a guitar and begin playing, with Cold Gin being the first song that Rivers ever learned to play. Frehley's first lead vocal song, "Shock Me," was one of Cuomo's favorite songs growing up. More specifically, the ALIVE II version was his favorite guitar solo. It is likely that Frehley's signature lightning bolt guitar strap was a specific influence in Cuomo's decision to use a similar strap. Ace Frehley is namechecked in the song "In the Garage". He is also listed on the map underneath the Pinkerton tray. 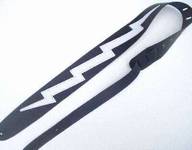 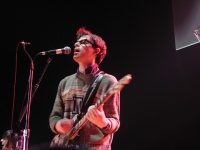 Cuomo performing with the lightning strap in 2001.

In 2002, Cuomo posted on the weezer.com message boards under the screen name "Ace," and many of his posts have been archived by a former moderator of the site. Cuomo's attitude toward Weezer fans during this era of the band's history has become notorious because of these posts online. Cuomo took to what fans have called "trolling" these message boards with ridiculous posts. The term "DISNEYGAY" was coined in this era.