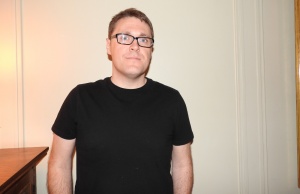 "Getting Dangerous" is an article written by Adam Orth in 2008. It provides some real-life backstory for the Red Album song "Everybody Get Dangerous."

We Should Have Died

man, we did some stupid shit when we were kids.

I’m reminded of all of these things by listening to “Everybody Get Dangerous” off of the new Weezer record (Red) that is out today. Rivers had warned me that he was putting this song on the record, but I kind of forgot about it and it’s really bringing back some old, “painful” memories.

Back in Connecticut in high school (and earlier) we used to call it “Getting Dangerous”. Basically that meant destroying everything and each other in the most dangerous way as quickly as possible. Usually it started by Rivers (Peter), Justin , Leaves (Jimmy), Eric or myself out of the blue, simply uttering the phrase and then it was literally like a Bugs Bunny cartoon where all you could see was a giant ball of dust and chaos with an occasional fist or head or whatever item was being used to hit each other popping out comedically then going back in for more.

Then, instantly it would be over. The dust would settle and everyone would be out of breath, in pain, lying in wreckage and very often bleeding and ALWAYS laughing.

As we grew older, Getting Dangerous got...well...more dangerous. We expanded to include fire, explosives, gasoline, knives, roadkill and automobiles. The stakes had to get bigger...and scarier.

Rivers used to have this Toyota Tercel and he would drive me and Justin (and sometimes Matt Hayes) home after school. Since we lived in the country (as opposed to the city) there were all sorts of crazy winding roads and hills in our town. This one particularly steep hill on Gurleyville road that led down to Justin’s house was epic. Steep as hell with an unreal 90 degree dead man’s curve at the bottom. Growing up, I saw many cars wreck on that corner. People died there.

Upping the stakes of getting dangerous resulted in a fun little game i used to call “HOLY SHIT WE ARE ALL GOING TO DIE”. This is how we played the game.

Rivers would be driving and without warning (it was never guaranteed this game would commence at the top of the hill. Always random.), Rivers would throw the car in neutral and rip the keys out of the ignition and toss them in the back seat as the steering wheel locked-up and the car careened down this deadliest of hills.

The object of the game was for the screaming and terrified (and laughing) passengers to try and find the keys and get them back to Rivers in time so he could start the careening death trap up again and unlock the steering wheel to regain control of the car before we got to the bottom and died in a heap of twisted metal.

How we never got as much as a scratch on us is just unbelievable. I often wonder what made us do those things...we all unquestionably had dreams and plans of getting out of that town and “makin’ it big”...I definitely remember feeling immortal back then. I’m sure this is standard operating procedure for most testoserone-fueled teenagers in small towns, but at that time it was ours and we tested the limits again and again and again.

Man, I used to love those games...and as Rivers points out below, I wonder what we are going to do when our kids come to us with these dangerous games involving their spacecars and lightsabers...