the finish of the winter/spring tour brought weezer members 2 months to do as they wished before gearing up for summer touring. the result of which brought some welcomed new material to the hands of fans. 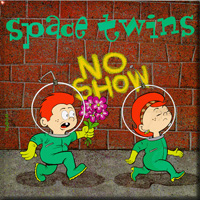 this time also proved beneficial for brian bell's band, the spacetwins. The band finished mixing their demo, and started playing shows in los angeles. among songs produced the demo sessions were "no show", "a brief history", and "take my place" which later formed the "no show" 7" single. the "no show" single was the only official release that featured the original spacetwins line up (brian, susan, and mark). the single was also the only (so far) on world domination records.