Posted on Weezer's official Facebook page as part of the "Today in Weezer history" series on October 9, 2013.

Today in Weezer History: 10/09/2008: 2008 - Weezer plays live at the Memorial Coliseum in Portland, OR on the Troublemaker Tour in support of The Red Album. The troublemaker Tour was marked by the nightly Hootenanny during the encore, where upwards of 50 local fans came up on stage to jam 3 songs with the band as Rivers directed the action. Every night was different, but most went well. Also this show was the beginning of a short run where the band covered Pink Floyd's "Time", with Rivers on drums and Pat on guitar and vocals. It was a pretty epic cover. 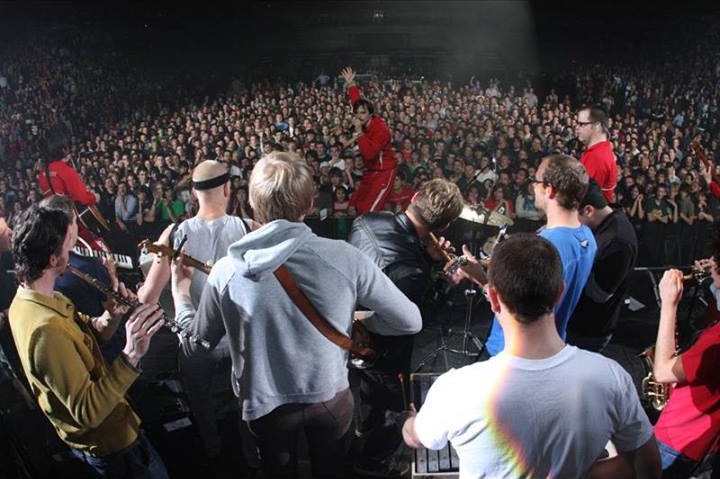