Posted on Weezer's official Facebook page as part of the "Today in Weezer History" series on November 30, 1993.

11/30/1993 Self Punishment / LA Basin Tour starts; 1st show with Brian Bell. Today Weezer embarked on a 12 show in 2 week "tour" of the Los Angeles area, the purpose of which was to break Brian in as a full band member after his joining the band in September while the Blue Album was being recorded. In addition it was to try and build some buzz around the band, now that they were signed and had a record in the can. Geffen Records advised the band to do this as many industry types who might later prove to be valuable assets to the band's possible success (i.e. lawyers, booking agents, promotion people, radio station people) were more likely to attend a show by a new signed band to see what the fuss was about, whereas unsigned bands had a lot harder time getting influential people to pay any attention (as Weezer had learned over the prior 18 months of often totally fruitless efforts). As luck would have it, a small set of photos was taken at this historic show, Brian's very first. The flyer also survives. 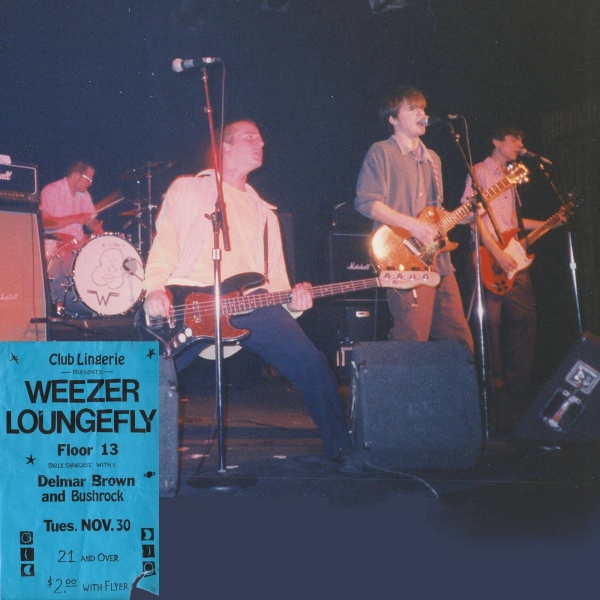