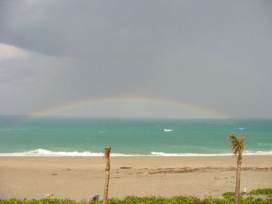 ...The Great weezer.com Rivers Fan Interview 2006 update - Thank you so much for all your questions! Well over 500 questions came in, and most people followed the instructions and gave it some thought, and came up with some pretty good ones! Of the 500+ questions, about 200 were unique/non-repetitive, and a final list of questions is being culled from the 200. (note - they were 'first come first serve', as far as exactly whose version of a repeated question was used). So now, basically, if its unique enough and seems to fit in a category, its being included in the interview. No Idea yet if that means the interview will be 50, 100 or more questions, but its gonna be a whopper regardless, as theres a LOT of provocative, hard hitting, and generally 'in demand' questions in there. The grouping and editing phase is underway now, and Rivers should have the final questions in his hands fairly soon. (In the meantime, check out the latest Rivers interviews/articles if you haven't yet: Boston Globe, The Harvard Crimson, and in print in The May issue of SPIN mag (with the Red Hot Chili Peppers on the cover).

...while there is still no official video for the current single "This Is Such A Pity" (and we dont yet know if there will be one or not), unofficial videos seem to be coming up out of the woodwork. The first effort was unfortunatly blackballed a while back, but this new effort, courtesy fan Chad Cooper looks safe from the censors. Chad clearly put a lot of time and effort into this vid, so have a look!

...Old School is the New School Dep't: Matt Sharp, original Weezer bass player ('92-'98) has reconstituted his (other) band The Rentals, and they are hitting the road in 2006 after nearly a decade away from the scene. Though the lineup is a bit different than in the old days, it does include a carefully assembled squad of great musicians, including original Rental Rachel Haden, who you may also remember from (Weezer's fave touring partner of the 90's) That Dog, and who you hear singing lead vocal on the classic Pinkerton-era Weezer track "I Just Threw Out The Love Of My Dreams". The first US Rentals show in many years is happening in Los Angeles on July 7th at The Henry Fonda Theater (with the legendary Ozma supporting) and the tix are on sale now.

...belated treat: not forgotten! Our scientists are working on the formula...