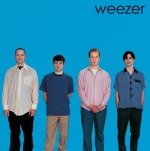 "No One Else" was first recorded in the Summer (August) of 1992. In the Recording History, it is listed as a song in the same batch as The Purification of Water. It's first documented attempt by the band was during the Kitchen tape sessions.

The song was first played live on September 15, 1992 at the Coconut Teaser. Karl Koch described the event best when he said, "['No One Else' was] a song that started to steer the band in a previously invisible direction." Rather than sticking with a heavy Pixies-influenced sound, "No One Else" was one of the first songs to have the band wondering whether they were going in a "‘pop’, [or] too ‘commericial’ sounding" direction. (more...)