...well, the Outloud convoy made it into NYC with little trouble. The roads were slick, but a lot less snow fell in the New York City area than they had predicted, so we were able to zoom in and set up shop. That's not to say it wasn't blisteringly cold all day! This kept sightseeing to a minimum, as warmth was at a premium. Meanwhile the brave fans stood their ground in line, jockeying for good spots close to the stage.

New York Weezer shows are always a big complicated to-do, and this show was no exception. Industry folk from both the Weezer, Get up Kids, and Yahoo camps descended on the scene, clutching at their backstage passes with worried looks on their faces. Interviews were had, and schmoozefests were schmoozed. Meanwhile, out in the crowd, the mood was much more festive, with fans singing their hearts out to Queen's "Bohemian Rhapsody", getting fully psyched up for what would turn out to be a near-flawless rock extravaganza. The Roseland always seems to bring out the best in any band, and all three bands lived up.

...but what of Albany? as I write this, (7 AM, 3/6), the snow has picked up here in NYC, and weather reports from upstate are grim. But we are to depart shortly, and fully intend on being at SUNY Albany by soundcheck time this afternoon. Cross your fingers! 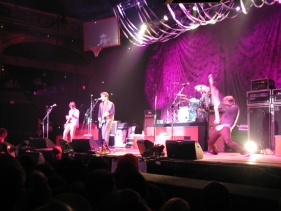 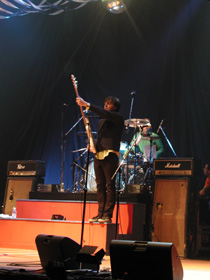 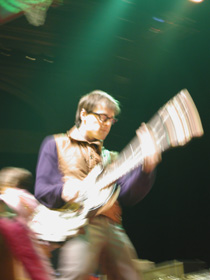 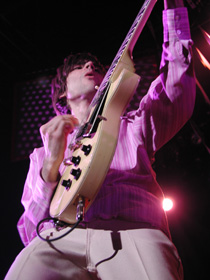 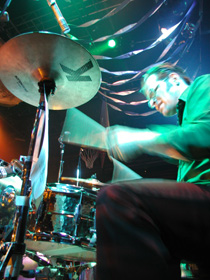