The Truth was a Christian Rock band founded by Kevin Ridel in 1991.

After the disbandment of Zoom (formerly known as Avant Garde) in 1990, Kevin Ridel moved from Los Angeles back to Connecticut. He would return a year later with his newly formed band The Truth to play shows as an attempt to finally establish himself on the music scene of Los Angeles. With this band only consisting of Jeffrey Urbach on drums, with whom he played in Zoom for a little while near the end of the band's active time, and 3 backing singers, Ridel asked his other former band mates Rivers Cuomo and Pat Finn to join The Truth's live line-up. 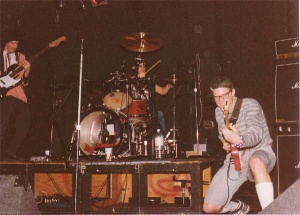 Cuomo (left), Urbach and Finn (right) at the Whiskey a Go Go 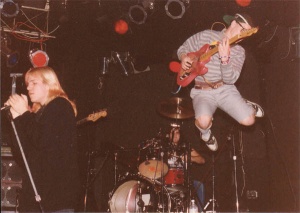 Ridel (left), Urbach and Finn (right) at the Whiskey a Go Go

With Cuomo on bass and Finn on guitar, the band would at least play one show in Los Angeles at the Whiskey a Go Go after several reheasals. The exact date of this show is unknown. Known songs that were played are "My Salvation", "With You In Heaven", and "I Belong To God". The band only lasted a few more months after this show.