Posted on Weezer's official Facebook page as part of the "Today in Weezer History" series on November 28, 2013.

Today in Weezer History: 11/28/1991 - Thanksgiving edition! Future members of Weezer meet up at the end of the 60 Wrong Sausages (part 1). Today in 1991 there was a Thanksgiving party at a fancy horse ranch up in Napa Country, California. 60 Wrong Sausages, the band that included Rivers Cuomo, Patrick Wilson, and Jason Cropper before they were in Weezer, and Patrick Finn, the man responsible for all of them meeting, were on a road trip from LA up to NorCal to visit families for Thanksgiving and to play one show, the only show that 60WS would ever play, at the Phoenix in Petaluma.

Meanwhile Matt Sharp, who Pat Finn had also introduced to all of them back in LA, had been living in El Cerrito (near SF) for a while, so it was a reunion of old friends of sorts, as we stayed at his tiny apartment for the duration as well as Pat Finn's moms place in Petaluma. The show wasn't till tomorrow (see tomorrows FB/Instagram for that), so there was time to kill. While the details are lost to time, what ended up happening on this day was that Pat Finn's mom invited everyone to her mother in law's ranch for a pre Thanksgiving soiree. So there we were hanging out with some very wealthy random people we didn't know, sipping wine and enjoying the day in Napa County.

What is significant here is that no one realized that 60WS would break up within a week of this show, and that Matt Sharp, having reconnected with Wilson and Rivers, would want to abandon his hyperactive classical music he was working on in El Cerrito and return to LA to pursue something more successful. And so the following February when Rivers, Pat Wilson, and Jason asked him to come down and audition for the new band they had formed (without Pat Finn who was pursuing other things at the time), Matt was very ready to return. He was also ready to change his style from "1987 art student" to "1992 modern rock band". As were the others, somewhat. 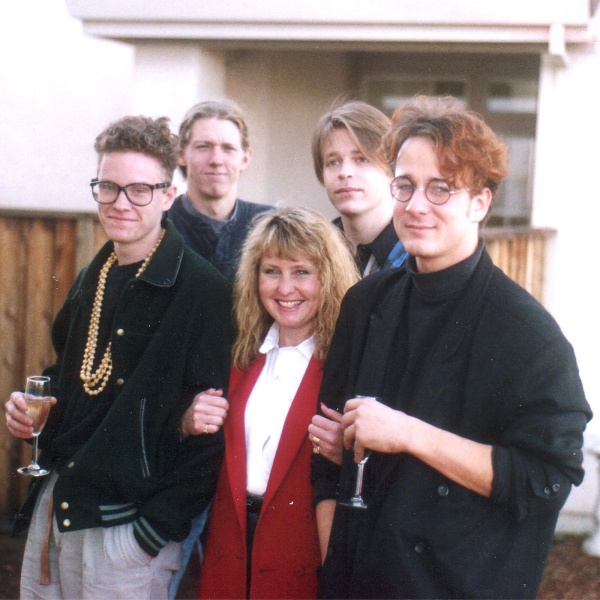 "patrickjfinn: Rad memories and uhhhh stylez. Actually it was Sonoma county, Sebastopol to be exact, but an easy mistake to make. The show was at the world famous Phoenix where amazing video of Freedom of Choice era Devo was shot."