Posted on Weezer's official Facebook page as part of the "Today in Weezer History" series on December 1, 2013.

Today in Weezer History: 12/1/1993 - first photo shoot for Geffen; second show with Brian. Today in 1993 was a busy day, with the band heading over to a photography studio on Olympic Blvd in Santa Monica for a photo shoot with Peter Orth which lasted into the evening. Shots from this shoot later appeared in promo 8x10s and the "Undone" cassette single. Then they packed up and did the second show of the "LA Basin/Self Punishment Tour '93", at the Gaslight in Hollywood on Cosmo Street, opening for their friends 1000 Mona Lisas (who would later gain notoriety in '95 for covering Alanis' "You Oughta Know" in a raging punk style). This was the second show Brian ever played with the band, following about six weeks of intensive rehearsals in LA after the completion of the Blue Album, where he joined the band, replacing Jason Cropper. Karl's journal for this date notes: "much improved in sound and tightness from last night". A handful of photos and the flyer survives. 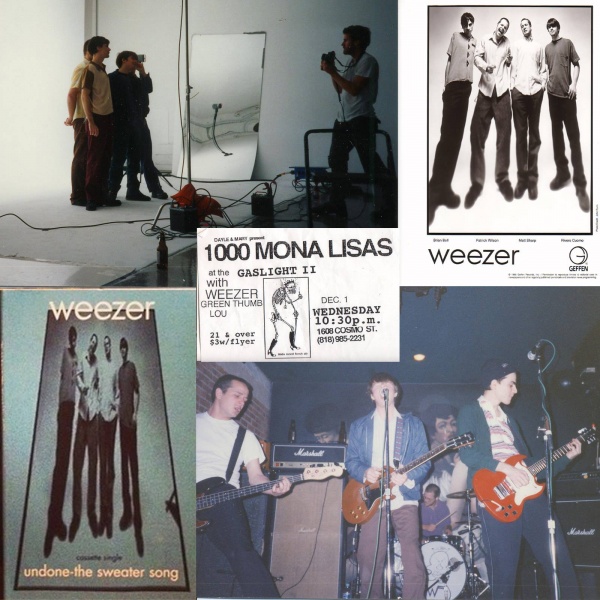