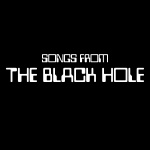 "You Won't Get With Me Tonight" is a song written by Rivers Cuomo, originally intended to be on Songs from the Black Hole.

This officially-released 8-track demo recording was done completely by Rivers, who sings as both characters. The vocals are panned in order to differentiate the different character parts. In the Gimme Skelter liner notes, Karl wrote that Joan Wasser was to play the other character, Maria. The song is high-energy with a fast tempo and features a synthesizer/guitar duet during the instrumental break.

For Track List 1, the song leads on from "Blast Off!" as a conversation between Jonas and Maria, the female character from the previous track. Maria really wants to hook up with Jonas but has resolved to avoid any form of sexual interaction with her. Jonas affirms his friendship with Maria though by telling her that he will protect her from Wuan and Dondó, making sure they won't bother her any more. The story's premise here is preserved in the Buddyhead release of the song. (more...)