Posted on Weezer's official Facebook page as part of the "Today in Weezer history" series on October 30, 2013.

Today in Weezer History: 10/30/2000 - Weezer records a demo of "Everybody Go Away" in Rivers' garage in Los Angeles. Today was one of many days in 2000 spent woodshedding up in the Hollywood Hills at Rivers' house, where he had his garage secretly converted into a recording and rehearsal space (secretly as it went against the local building code). Many demos were recorded there in the months leading up to the Green Album sessions that started in December with Ric Ocasek over at nearby Cello Studios. Today the guys recorded "Everybody Go Away", but the song soon fell out of rotation for some reason and was never even considered for Green. Many years later, Weezer was asked to be on a special compilation CD that Guitar Center was putting out, the 4th in their "Fresh Cuts" series. This demo was dusted off and submitted. The CD featured songs recorded by Guitar Center employees across the country, and that included Weezer's original pre-Blue guitarist Jason Cropper, who worked in the pro department of the West L.A. Guitar Center at the time. Jason had gone on to release music on his own after leaving weezer as "Chopper One". However, this track, "She’d Be Good For Me" was credited to Jason only. This marked the first time Jason and Weezer had appeared on the same release as separate artists. Note - photo is unconfirmed to be from 10/30/00, but is within a few days if not (and every day looked the same in that garage). 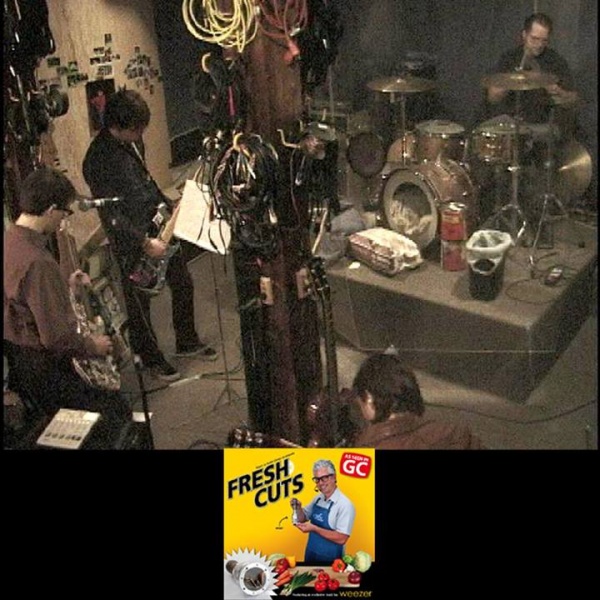