Posted on Weezer's official Facebook page as part of the "Today in Weezer history" series on December 30, 2013.

Today in Weezer History: 12/30/2000 - Recording The Green Album, Day 4, plus show as Goat Punishment, with Ozma.
Today in 2000 was very busy, first at Cello Studios, recording parts of "Island in the Sun," "Hash Pipe," and "Crab.", "Inside a Smile," (later "Smile"), "Teenage Victory Song" (later a b-side) and "Sugar Booger" (later a b-side). Later, Weezer (as Goat Punishment) played a rock show at Hollywood's Knitting Factory, with Ozma opening the show. This show was where the Goat Punishment T-shirt was sold, all 300 shirts of this never reproduced design were sold in one night. Some years later a low quality bootleg appeared on ebay, its easily distinguishable by the shoddy art. Pictured is the real thing. 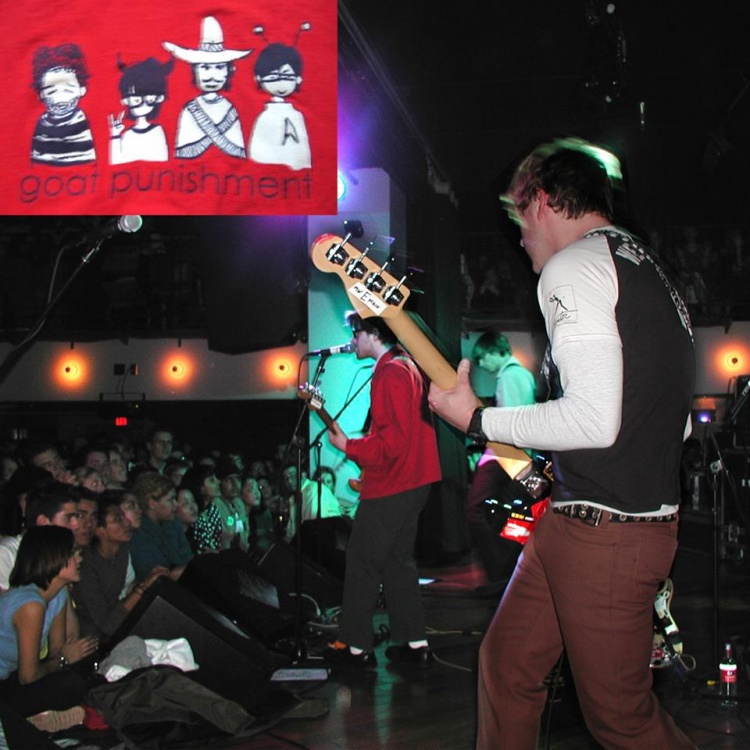