Posted on Weezer's official Facebook page as part of the "Today in Weezer history" series on December 31, 2013.

Today in Weezer History: 12/31/2000 - New Years Eve show with Blink 182 in San Diego. Today in 2000, the guys took a day off from recording The Green Album with Ric Ocasek in Hollywood, to cruise down the I-5 and play with Blink-182 in the Cox Arena in San Diego. Also on the bill was A New Found Glory. There was a group of fans in the audience who were wearing some "I'm Here For Weezer" t-shirts they had made up special for the show. 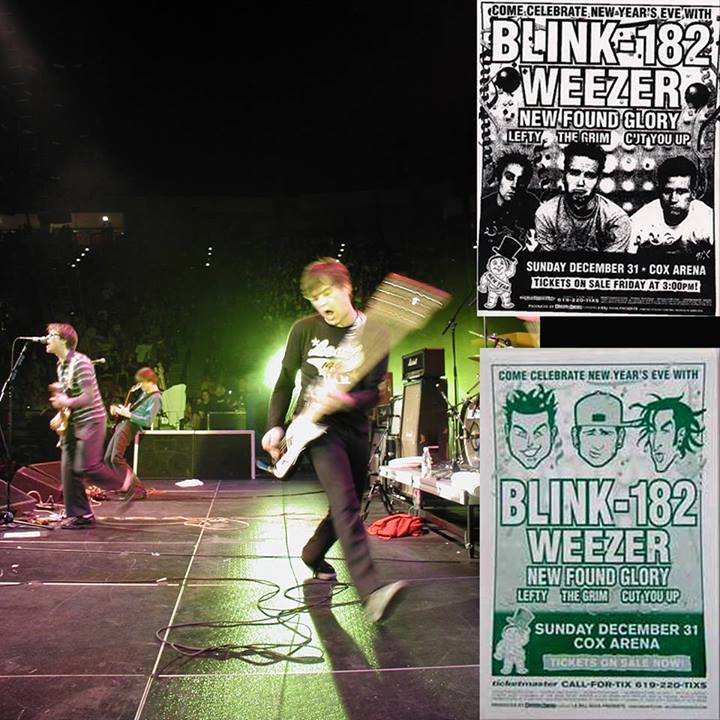