7/24/01 Irving Plaza secret show: The good, the bad and the Tenacious D

...Well, events didnt exactly unfold the way we expected for todays secret show, and in the end what we got was an awesome weezer show...but one that unfortunately excluded a fair number of deserving devoted fans who worked hard to get in and did not. I didn't get these details from the fans till after the show, but once the picture came together, it wasn't all pretty!

...The day started with the band going over to Irving Plaza to film some short "staged" interviews with Hillary Burton the Mtv VJ. These were supposed to have been used later during the taping of TRL, but apparently the band was too clever and somebody must have decided that the interviews were too complicated for TRL viewers. Meanwhile, dilligent weezer fans started uneasily showing up at the Mtv studios in Times Square, only to be verbally attacked by hundreds of crazed N'Sync fans for actually liking good music. Only a few of the weezer fans who gathered there actually got tickets to the show, as the TRL people were determined to fill the studio with screaming N'Sync fans, while using the weezer fans as additional people to make the outside camera shots look better. They then proceeded to tell the weezer fans that were waiting that they would hook them up with tickets, but they proceeded to give them all to the people in the studio audience, most of whom werent interested in seeing weezer due to their horrible taste in music. Many of the N'Sync fans proceeded to sell their free tickets to the weezer fans, exorbitantly charging upwards of $50 a piece! They apparently had to charge so much because they each needed to buy more Justin Timberlake beanie babies to prove their undying love. And that way Justin would finally notice them, too.

...During TRL, they did indeed do a world premiere of the "Island in the Sun" video, and it was rad. But like I said, they didn't use the interview. But thats ok, I videotaped the interview too, and i'll post it up as a videoclip!

...After TRL was over, I got a sinking feeling that the info weezer fans really needed had been blocked from them, and I even had the name of the store wrong where the ticket raffle was going on, till a fan corrected my info! What we didnt find out till much later was how few tickets were being given away at FYE. We thought it was several hundred at least! Besides the 100 that Carson gave away, the 50 at FYE, perhaps 20 (?) given away on the air at KROCK, a few guestlist tickets, where did all the tickets come from? And why couldnt the fans who had been waiting all day and trying the hardest to see the show be given the best chance to get in? We were told that the info Carson gave out would "hook up" weezer fans at the studio and all over NYC with what they needed to know to get tickets, but as it turned out, the most people that that info could hook up was 50. Lame!

...(additional info) I've just learned these official numbers of where the tickets went, which are apparently correct, but I suspect, based on the stories I've received, that not all of them went where they were supposed to go... "300 went to trl - 100 to studio audience, 100 to kids outside of trl, 100 at fye 400 went to radio - krock, z100, & 2 nj stations the rest went to mtv staff, label, band"

...once we were back at the venue, the guys had to do a photo shoot for Vanity Fair magazine. During this, we started to spot the groups of fans waiting outside who obviously needed tickets. So, I snooped around and dug up a small pile of tickets that were "on hold" for possible guestlist people and such. These I took, (with some much appreciated help), for the people I knew needed them outside! After posting a mini update for anyone still hesitant to come down, I gave about 45 tickets away at the back door, but sadly, I ran out of tickets before everyone who needed one got one. Later, a person from Geffen gave up some extra tickets that she had too, and handed them out at the front door. So, some people were stoked, but many were disappointed. What a bummer.

...finally the show went down, with Guided By Voices opening the show, showcasing some songs from their brand new album. They sounded great! Also, Jack Black and K.G. of Tenacious D were in the house, contributing to the big rock vibe. Weezer hit the stage about 10 PM and gave New York the rock it craved. I sure hope we will be back to NYC (and all over the USA) soon, to finally put on a "regular" show! 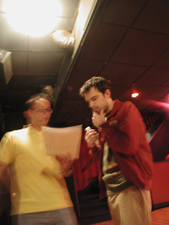 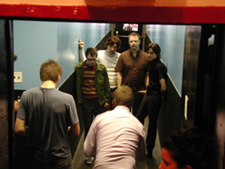 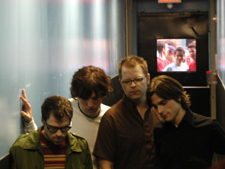 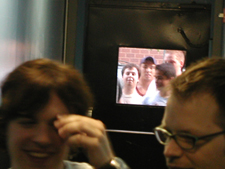 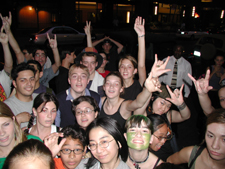 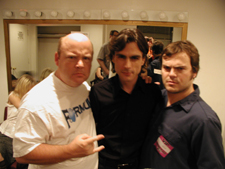 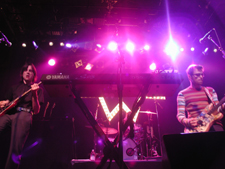 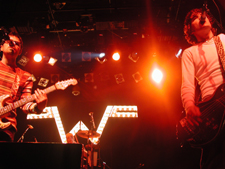 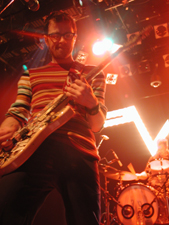 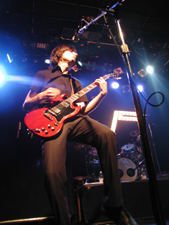 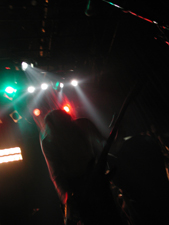 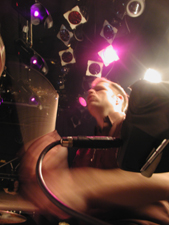 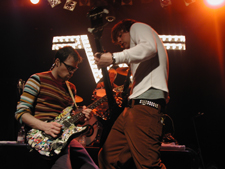 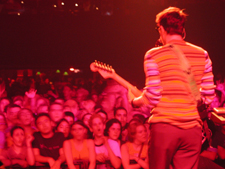 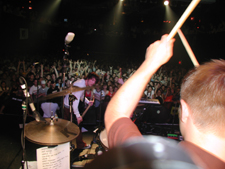 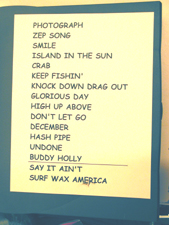 (Below here are the reports i put up during the day as the news was breaking...)

...7:30 PM ok I just got hooked up with another small pile of tickets, but I wont have them for a little while... so heres the deal, I am gonna wait till about 8:30 to go down and hand them out to needy weezer fans... I must warn that Ill only have about 25 tickets or so, so If theres a huge amount of people, I just wont be able to hook everyone up...when I run out of tickets, thats all I can do!

...7 PM...soundcheck! I'm about to go out and try and hook up some fans who are waiting outside Irving Plaza....I only was able to grab a couple of the tickets though, so we'll see what happens out there...

...ok, contrary to whatever impressions some people got, the vast majority of the audience tonight (900+ of them) is going to be real fans who got the tickets normally. While Carson did have a pile of tickets to give out, I'm pretty sure most of the TRL audience exchanged their tickets for a chance to blow a kiss at Justin Timberlake.

...4 PM: well, the concert has been announced (by the Carson guy), they handed out about 100 tickets to the (mostly N'Sync...) fans in the studio, and announced the rest of the free tickets are available by registering down at a (music?) shop called "FYE" in Rockefeller Center, between NOW and 7PM.

...apparently the footage the guys shot earlier (see below) was either not ready to be used or there was something wrong with it, or maybe its going to be used later on? ...or maybe, (andf this gets my vote) weezer was just too real, weird and funny for this show. Anyway I filmed the interview too, so theres another videoclip ill have to post up for you... (ps. check rwa news)

...mid-day update! at 3:40 PM! ...We went over to a certain venue in NYC earlier today, where the guys filmed some brief interviews with a Mtv reporter, which will be used as "live" footage in a little while during the TRL program. (...there I go, spoiling the magic of television again...) After a lunch break, we will return to the venue and the guys will do a soundcheck....now, why would they be doing a soundcheck...? 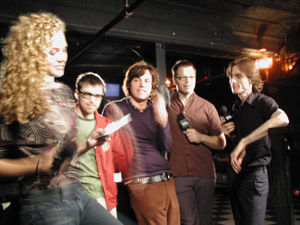