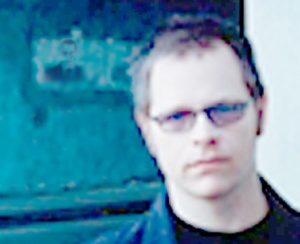 Pat Is Dead is the belief by a small group of Allthingsweezer boardies who jokingly believe that Patrick Wilson is, in fact, dead. It is a spoof of the legendary "Paul Is Dead" phenomenon of the late sixties/early seventies, in which a rumor quickly spread that Paul McCartney of The Beatles was deceased, and that this fact was being covered up. Supposedly, at the time, there was evidence that Paul was dead, due to clues in song lyrics and cover art, as well as other indicators. Of course, Paul McCartney is alive and well as of 2022, but "Paul Is Dead" was a major pop culture paradigm of the twentieth century.

The idea that Pat is dead began when boardie Headcheese noticed that he was the only one on the cover of The Red Album not looking at the camera. He therefore concluded that Pat was dead. Each "character" on Red's cover is believed to be a certain figure in the death of Pat. This is a major nod to "Paul Is Dead", in which the four Beatles were depicted on the cover of Abbey Road as wearing certain clothing. Brian is the funeral organ player, Pat is dead, Rivers is the reverend conducting and Scott is the gravedigger.

It was then noted that there was a lot of evidence to support the theory that Pat is dead. In Maladroit's booklet, Pat is the only one who is transparent in the picture with the car. In the image of Pat on the Make Believe promo poster, he is wearing all black (the color of death) and sunglasses. Also, Headcheese zoomed into the picture to look at the poster behind Pat and noticed that it had a faint image of Matt Sharp's face on it.