From Brussels, we cruised out to the boondocks, where these festivals must by law take place in order to sucessfully re-create conditions suitable for bathing in mud, drinking too much beer, and getting one's tent stolen while off raving in the woods. Werchter is a BIG festival that draws about 75,000 people every summer. That calls for a lot of port-a-potties, and some extremely absorbant trees. Weezer took the "tent stage" as opposed to the main stage, and the tent soon swelled to an over capacity crowd of chanting weez-folk, demonstrating the need for weezer to get on the main stage next time. Rivers seemed to have a lot to say, but not everything sank in with the multi-lingual crowd. But they did know the language of rock, and giant mosh pits broke out as well as massive sing-a-longs!

after the show the guys did several more interviews, including one with some lady from MTV (see photo)...

...for those of you who just found out, this is a repeat announcment, confirming that weezer has had to cancel the upcoming shows in Manchester and at T in the park in Scotland. for the full scoop on this unfortunate turn of events, go back to my report on 6/27. Also, we have learned that opener Jimmy Eat World is in fact still doing the Manchester gig, with a 5 Pound ticket price. Additionally, for those who are asking re: Reading/Leeds: No, weezer is not scheduled to play, and in fact never confirmed this show. The festival promoter jumped the gun a while back and printed up posters and ads that included weezer, so many folks were led to beleive that weezer was playing. This is not the case. 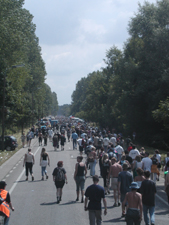 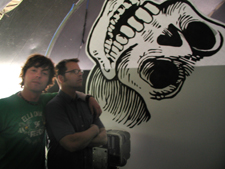 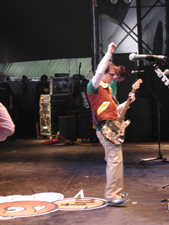 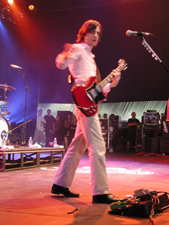 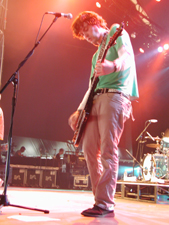 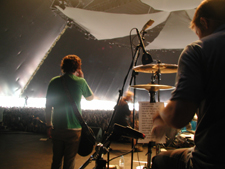 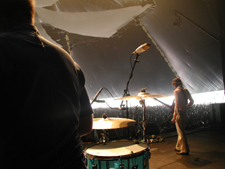 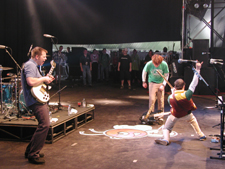 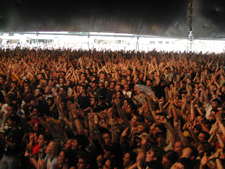 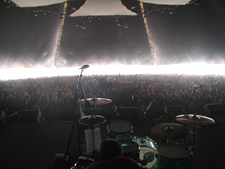 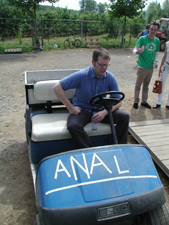 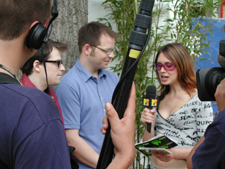 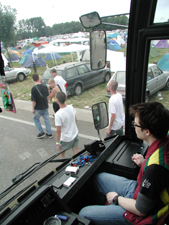 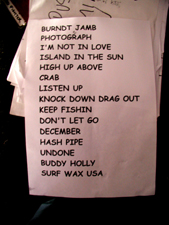