...today was the first of 3 straight days in London, chock full of press, meetings, and of course the shows! Tonight the guys played "Glorious Day" for the first time since the very first day of the Hooptie Tour back in May. There were some missiles thrown at the guys during the set, mostly cups of beer (and one bottle!), but outside of some splashes, no one got hit. Pat responded by tossing out some drumsticks and used drumheads, which the people seemed to accept as fair offerings.

...before the gig the guys did as videotaped interview with a guy from the "Pop World"(?) UK television show, it was a bit stiff in my opinion due to the kinda blah questions, but still has its funny moments.

...(the following was originally incorrectly posted as happening yesterday, before the mag actually came out!) ...also today the new issue of Kerrang magazine with weezer on the cover came out, and seems to be selling quite well...no one in the band had any luck finding a copy, with several newsagents reporting the issue selling out almost immediately! 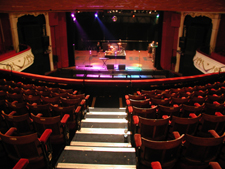 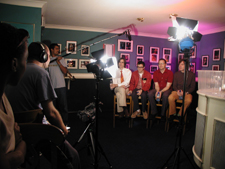 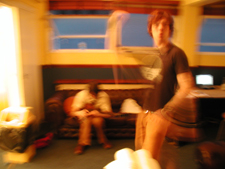 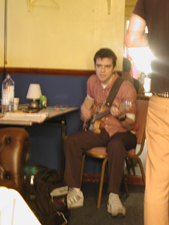 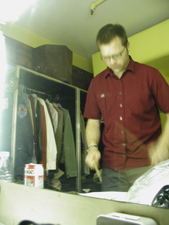 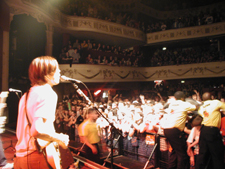 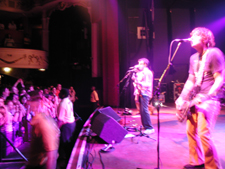 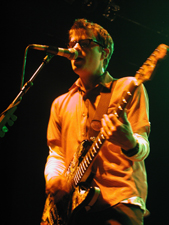 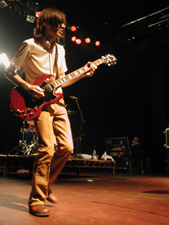 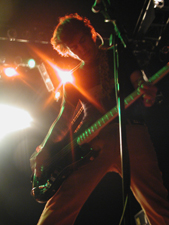 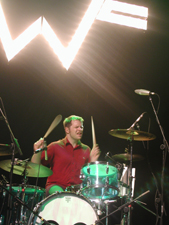 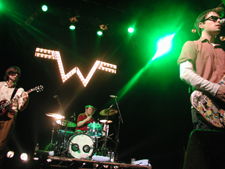 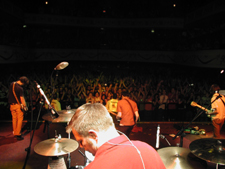 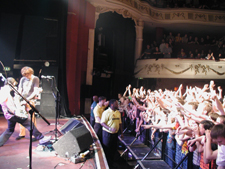 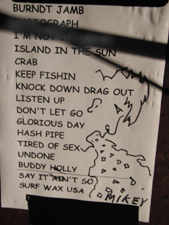