...we departed Belgium via the "Chunnel", driving the bus onto a huge train that closed up like the corridors in the Death Star (see photo) and whisked us under the English Channel to Dover, and on to London. The next day was partially a day off, save for some band business and some interviews and such. I went out and located the UK Hash Pipe single which was released today! There are 3 formats: CD, which includes "Hash Pipe", "Starlight", the Jimmy Pop remix of "Hash Pipe", and (in cd-rom format) the Hash Pipe video. The cassette single includes "Starlight". The 7", limited to a numbered run of 2000 copies, has "Teenage Victory Song" on the B-Side, but the pressing plant made an error with the sleeve, showing "Starlight" as the "exclusive" vinyl B-side, which it certainly is NOT. We have since learned that the error was caught at the plant, but not before SOME copies made it out with the wrong sleve. Stores have been sent the correct sleeve and have been ordered to destroy or send back the wrong ones. I got 2 copies at the Virgin Megastore on Oxford Street, and they had tons of the 7", all with the incorrect sleeve. Some folks have written in saying the ones that they got were like that too, so it seems for a breif time that an extra-special collectible is on the market!

...in the evening, we went over to the AOL UK offices and Pat, Rivers and Brian did a live online chat. Like previous online chats, the questions came in by the hundreds, almost too fast for the moderater guy to even pick them out. This chat went pretty well though, with what I felt was a pretty honest blend of funny and serious answers from the guys click here for the transcript [pop up]

...UK viewers will be able to see the performance of "Hash Pipe" that was taped a few weeks back on the Pepsi Chart show, this upcoming Thursday at 7:30 pm (UK) on Channel 5.

...Also this coming Thursday, before the 3rd Shepard's Bush gig, the band will be taping "Top of the Pops", for airing sometime in the next 2 weeks. Were told that also appearing will be such acts as James, Usher, The Strokes, and The Backstreet Boys! This ought to be good and weird... 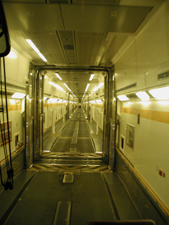 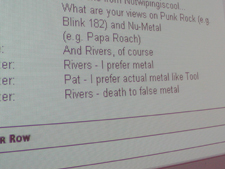 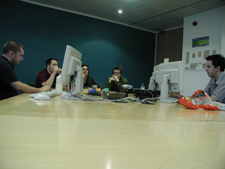 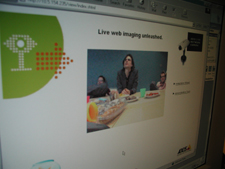 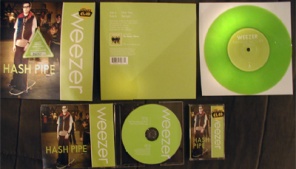 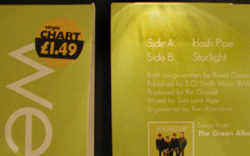