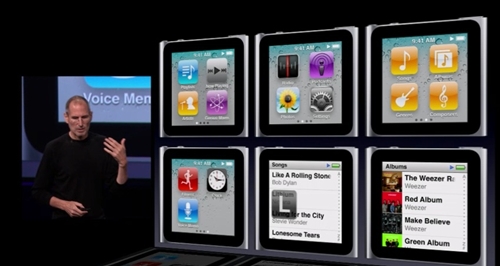 ***Hurley Pre-Order packages via Epitaph: Many variations and permutations to choose from! Exclusive new T-Shirts!***

...on Wednesday, September 15th, Weezer are playing on the Tonight Show w/ Jay Leno! Tune in! And if your gonna be near Burbank, CA that day, now you know why you need to try and get in the audience!

...Here's a fun way to listen to and buy the new Weezer album "Hurley", early! "Hurley" will be released on 9/14, but you can hear it and get a hold of it 4 days early on Friday Sept 10 at all PacSun locations in the USA and Puerto Rico.

The listening parties start at 6PM. The stores will be playing the album in its entirety, with special commentary by the band added for your edification and enjoyment. Then you will be able to buy the album, plus some new limited edition Weezer threads.

Some PacSun locations will also be giving away a free Hurley/Weezer T-Shirt for the first 100 Weezer fans that arrive for the listening party.

...Today's photo is a special weezy moment from the big Apple press conference thing from a few days ago. I apologize to the photographer, whose name i do not know.

...Here's our new ad for the new album! Edited by Johannes Gamble. The director of the spot thought “the song sounded like happy hyper kids on Saturday morning watching cartoons and eating cereal and jumping up and down on the couch...so that is why there is a happy hyper kid jumping up and down on the couch.” Look for this on several TV stations soon!