Posted on Weezer's official Facebook page as part of the "Today in Weezer History" series on November 18, 2013.

Today in Weezer History: 11/18/2008 - Weezer at work in the studio, The Document Room, Malibu, CA. Coming off the Troublemaker Tour, the band went directly into sessions for what would be the follow up to the Red Album, eventually titled (by Rainn Wilson) Raditude. Sessions here began on 11/7 and continued for about 3 weeks. Then in January and February 2 more sessions were done at 2 other studios in West LA to complete the album, only it wasn't completed till another set of recordings later in the Spring 2009, with mixer Rich Costey stepping in to engineer for the now absent Jacknife Lee who had intended on finishing the album with the original 3 recording sessions.

These early days in November working with Jacknife Lee were a fun and experimental time, though only parts of these sessions survived subsequent replacement and revisions. One track worked on today was "In the Mall", which was born of a basic structure and idea by Pat Wilson. Much work was done on a somewhat psychedelic breakdown, much of which did not make the final mix, in which Rivers did some increasingly spaced out off the cuff spoken word monologues. This part increased in length and strangeness for quite a few takes before the music kicked back in. Brian assisted with some improvised plastic recorder playing. The Document Room was a full studio inside a large hillside house overlooking the ocean, and many meals were prepared and eaten in the spacious kitchen, as the nearest restaurant was a long drive away. 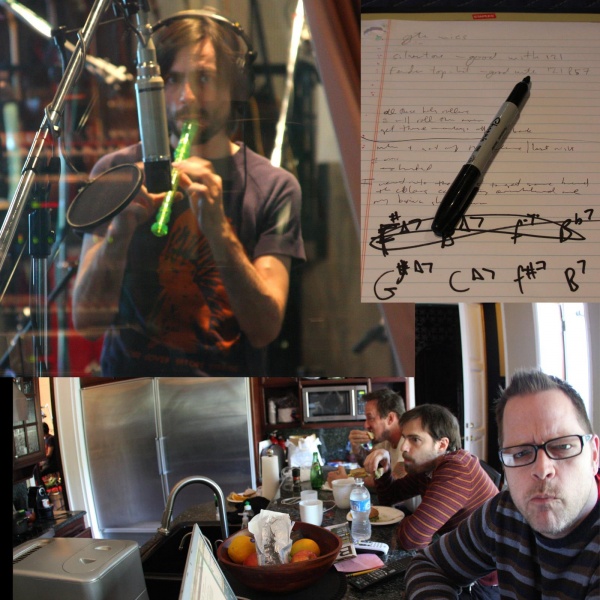