Posted on Weezer's official Facebook page as part of the "Today in Weezer History" series on November 14, 2013.’’

Today in Weezer History: 11/14/2008 - The "My Brain Is Working Overtime" video is debuted, on weezer.com and Slide.com. This video was made for the release of Rivers' second "Alone" album of demos, and it was a lo-fi affair, shot during the Troublemaker Tour, mostly in Austin TX on Oct 20th, though there were several attempts made at getting the footage at shows around that time. The video concept was that Rivers would be living in a tiny room with his stuffed puppet friends, singing the song to no one. Then it would be revealed that his "house" is actually a rolling box labeled "my brain", that is rolled out into the audience during set change. The box is opened and Rivers sings to the surprised and confused fans, who mostly can't hear the song because it's only in Rivers' ear buds. To capture this Karl mounted cameras inside and outside the box and distributed more cameras to Weezer crew members to shoot the scene from various angles as it happened. A number of the Flip cameras failed to operate as planned so most of the used footage was inside and right next to the box. Karl dressed the inside of the box with wrapping paper, spinning Halloween lights, and puppets, and some minor items like a small whiteboard with a to do list on it. Rivers would emerge from the box backstage after each take woozy and dizzy, but laughing. 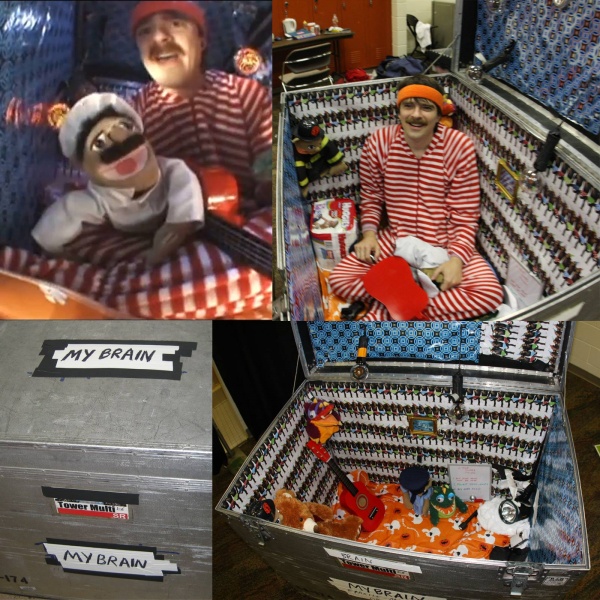