Posted on Weezer's official Facebook page as part of the "Today in Weezer History" series on November 25, 2013.

Today in Weezer History: 11/25/2008 - Rivers hosts a jam session in-store with fans for the release of "Alone II". Today in 2008 Rivers played an in-store show at Fingerprintz Records in Long Beach, CA, but it was a "Hootenanny" style show, similar to what was happening during the encores of the Troublemaker Tour, in which fans were invited to bring instruments and their voices and help choose the set list and perform the songs. The show was attended by a blend of hardcore Weezer fans from all over the USA, many of whom traveled very far to be a part of the very intimate jam session. Highlights were later released on CD and DVD as "Not Alone". Photos by Sung Kim. 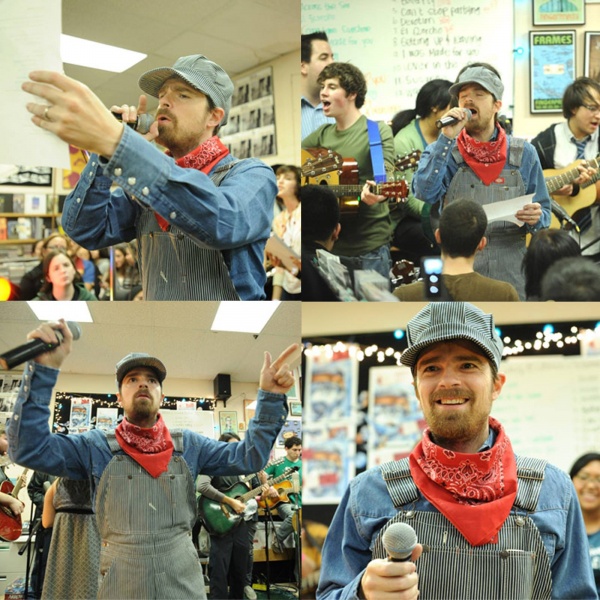