...first, two important Yahoo tour notes: there should be a small release of more tickets to the L.A. Palladium show, sometime later today (12/18 Monday), so keep your eyes peeled on the Ticketmaster and Outloud sites...Also, we have learned that the North Carolina show has finally been made official, expect an announcement of venue and tickets soon. (Again, it will likely be seen first on Ticketmaster/Outloud sites, so stay sharp...)

...secondly... I get asked a lot what it's like backstage. Well, backstage at the KROQ shows was a bit crazier than normal. I have put up a new video clip (link to the WFO page, above) entitled "The Flush Trick" that I think is a fair representation of backstage antics.

...speaking of the second KROQ show, it went pretty well, things sounded great but this time the big =w= light failed to work. But! there were no problems that caused a song to be dropped, so all's well that ends well. "The Christmas Song" finally got its 'big-time' showcase, and sounded nice! The guys had a blast both nights. 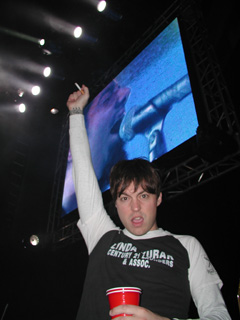 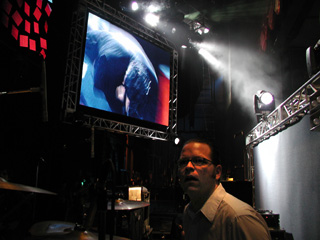 ...Mikey and Pat react backstage to the Deftones playing "Say It Aint So", right before weezer's set! 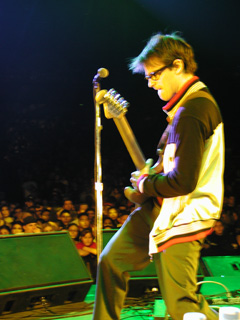 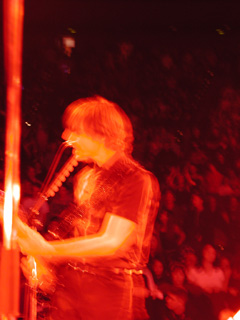