"Move On" is the fourth track on The Rentals debut album, Return of the Rentals. 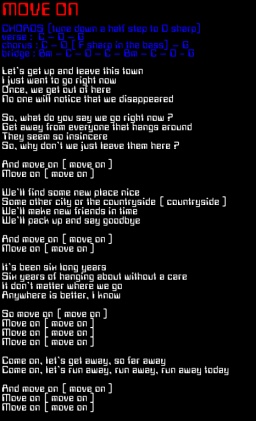 So what do you say we go right now?
Get away from everyone that hangs around
They seem so insincere
So why don't we just leave them here

And move on
Move on

So move on
Move on