the show at the garage, in london, england is interesting for a few reasons. karl remarks "the garage was insane...on the verge of technical disaster at all times...longest set ever?.... 2 song encore! (a first?)..." the band also whipped out what appeared to be a spontaneous 15 second cover of old school metal rockster's iron maiden. apparently the crowd got really excited because after the cover according to the band "too many of you people know that song...its a bad thing really." as thet set continued several weezer-rabid fans kept yelling "jamie! jah-mie! jay-mee!" so the band finally complied with playing jamie along with tired of sex as encores. this was the firstshow from the pinkerton tour to have known to be bootlegged by an audience member and widely circulated (although poor quality). 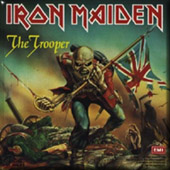 the unusual setlist was played as follows:
undone--the sweater song
my name is jonas
pink triangle
no one else
el scorcho
in the garage
why bother?
the world has turned and left me here
falling for you
getchoo
say it ain't so
the good life
buddy holly
surfwax america
the trooper [iron maiden cover]
tired of sex [encore]
jamie [encore 2]