...please see the weezerfans page for the ALL-NEW section, "weezer fan's stuff", where your photos, artwork, and stories are being archived! Theres a LOT of stuff to look at and read!! 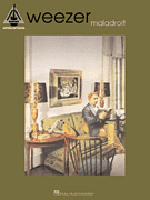 ...from Y-100 Philadelphia, we've learned that the "Weezer Radio" segment that the band did back during the Enlightenment Tour this summer has won an Achievement In Radio Award (A.I.R. Award) for "Best One Time Special Program." See this website [click on the "2002 Winners" link] for more info and the full listing. Good work guys!

...the message board "Scavenger Hunt" contest has progressed to Round 2! Check out the thread for a ton of really funny and cool submissions.

"Keep Fishin'" remains high on some radio playlists around the USA, well after the 'promotional push' has quieted down. The single remains at #15 on kroq L.A.'s "most played list". Also, it was #1 in Columbus last week and #3 on Boston's WBCN! It is top ten in several other cities as well. Some credit must be due to the US CD single [particularly in Boston where copies of the limited cd seemed to be in good supply.]

Meanwhile, around the world, theres lots of cool action as well:
Australia: was #7 on its 10th week on The Triple-J Net 50!
Germany: the song was heard on "the probably most successful german daily soap opera", "Gute Zeiten, Schlechte Zeiten" ["Good Times, Bad Times"]. It could be heard in the background during a dialogue in "Kai`s Corner". [Kai's corner??]
Philippines: Keep Fishin vid seen on MTV Asia; Hash Pipe vid seen on the "Myx" Video channel.
Northwest Airlines International flight 72 [Nagoya, Japan to Detroit]: inflight programming includes Keep Fishin'.
Chile:"Keep Fishin´ just reached number 1 in the top ten (los 10 mas pedidos) on MTV yesterday and today came back to number 2. the DJ keeps talkin´and talkin´ everyday about Rivers and his smile and stuff like that. Keep Fishin´its becoming quite popular in my class and everybody sing it and play it in the music class." --benjamin [elchileno]

"Holiday Themed" Weezerfest, courtesy Casey and Sarah, AKA =W=CA and Beauty:
Location: Playdium (Mississauga, Ontario)
Date: December 20/2002
Time: 4-9 (Or later depending on who goes and their curfews, etc)
The Down-Lo: Dinner and Video Games Madness or Dinner and Chillin.
Cost: Currently unknown but will be based on the number of attendees.
"For all of you internet wary ppl, me and my partner in crime will never have to handle your money as we will establish and account with Playdium who will handle the money for us. The only money you will need, in addition to paying for your card which in turn allows you to play games, is money for food.If you wish to attend, are attending, or have any questions, please email me at..." -ccw-@rogers.com

"What makes it worse is that I seem to be the only student who has fallen under his hypnotic spell. True, he's not the obviously crushable type. He's skinny, with thick black glasses, and kinky black hair that springs off his head in all directions: SPROIIIIINNNNNNG! See, my idea of cute comes with an IQ requirement. It's geeky cute. It's Rivers Cuomo, not Justin Timberlake. It's Gideon Yago, not Brian McFayden. Jimmy Fallon, yes please! Brad Pitt, no thank you." ---excerpt from upcoming book "Second Helpings", by Megan McCafferty. [author of "Sloppy Firsts"]. [thanks to Emily K. AKA: eakak]

"...While in New York City on November 1st, i was grabbing a quick bite to eat in a downtown McDonalds and was enjoying the "quality" tunes on the in-store radio. About two songs after "Better Off Alone," a Weezer song in its own right, "The Christmas Song" came on! The Holidays must start early in McDonalds..."-Brian, formerly GringoStarrRock@aol.com