letter o' the week!
"hey i'm about to record a ten song album thats rocks. how do i get a record deal?" ---dan 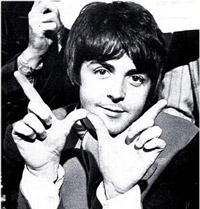 ...bad news: its official, the MTV2 Europe "Weezer Weekend" was replaced by the "Green vs Dick Weekend"

...Well, over on livejournal.com, its seems that Weezer is the 23rd most talked about subject, and the most talked about music artist, period. Currently ranked at #23, right below "stars", and just above "boys"

...Scavenger Hunt Contest thread has been moved to here.

..."Island In the Sun" has been making the mafia TV rounds. After it popped up during a recent "Sopranos" episode, it has surfaced again, this time on Fox's "Fastlane", during a scene where a mobster kills his golf pro with a club. So...what is it with putting that particular song in such violent context?

...Okay, you might have heard something about the New Zealand band Zed covering the weezer song "Starlight". Well, yes, they did. Zed is an up and coming band from New Zealand who asked to cover the song upon hearing the b-side last year.
Now this song is Zed's new single. Its featured as the end title song to the new Rob Schneider film "Hot Chick" on Touchstone Pictures opening on December 13th. In Zed's video for "Starlight," "Hot Chick" star Rob Schneider plays a role. "Starlight" is also included in the "Hot Chick" Original Motion Picture Soundtrack album which also features songs by Fu Manchu and Loudermilk. The track will also be included on Zed's U.S. debut album, set for release by Geffen Records in February 2003.

"...The entire school (900-1000 people) went to the Gym to watch a multi-media presentation, telling us that drugs are bad. The show featured a number of popular artists. There WAS an incident involving a portion of a Creed song somewhere in the middle of the show. However, the Finale of the show was the Keep Fishin' video in its entirety. Me and my friends almost pissed ourselves. Needless to say we gave a healthy cheer after the Heckler's had pulled the last line (before the screen faded to black). Nothing thrills me more than my entire school being exposed to my favorite band." ---Jeff N., Stienbach, Manitoba, Canada