Posted on Weezer's official Facebook page as part of the "Today in Weezer history" series on November 2, 2013.

Today in Weezer History: 11/02/1996 - Weezer plays at The Fillmore in San Francisco. The Pinkerton Tour of Fall 1996 was a chaotic time, with shows ranging from incredible to somewhat messy. Tensions brewing in the band over various issues were yet to be settled, and the album and its singles' poor performance (at the time) were exacerbating things. That said, most fan accounts of the shows of this period were extremely positive. This show was opened by Knoxville's great band Superdrag, who kicked ass nightly. Very few photos exist from this tour, but one from the sidewalk scene after the band played this night exists, of Rivers mugging with some stoked fans. Of note is the band's then manager, Pat Magnarella, partly visible on the left. As they always did, the Fillmore made a cool poster for this show. 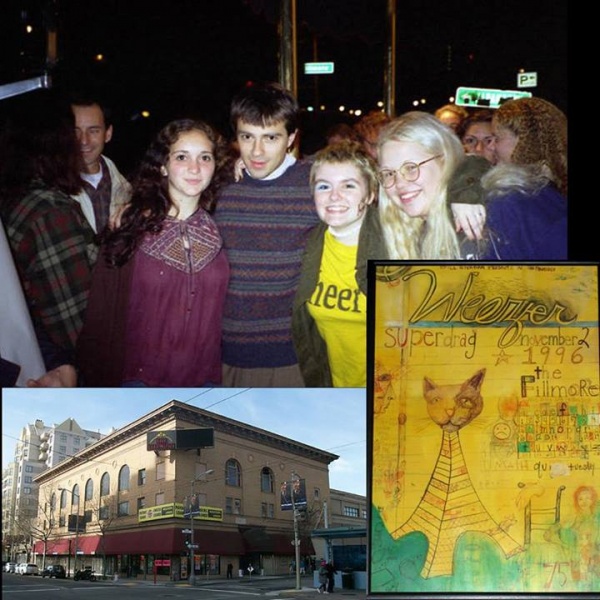