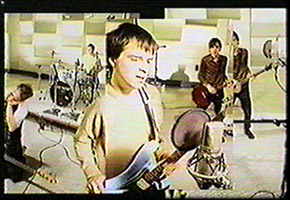 taking the day from a cancelled a utah tour date (later made up) weezer filmed their part of "the good life" video. this time around award winning video studs jonathan dayton & valery faires were enlisted to direct the video. the team is well known for such videos as the smashing pumpkin's "tonight, tonight", and more recently oasis's "all around the world". 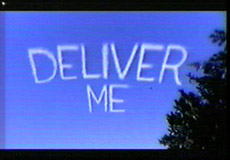 the video was basically broken into two parts. one being shots of the band jamming in a mock up studio and participating in the likes of airplane dancing, marraca shaking, skewed camera/mirror-brand rock music. the other part of the video centers around a down on her luck pizza delivery girl (mary-lynn R.!). everyone orders pizza in america and she is grudgingly pushed to deliever to them all; and thus longs for "the good life".

Posted on Weezer's official Facebook page as part of the "Today in Weezer History" series on November 9, 2013.

Today in Weezer History: 11/09/1996 - Weezer films "The Good Life" video. The band's performance footage in this video was filmed in Hollywood at Cello Studios, formerly known as Western Studios back in the '60s. Back then, some classic Beach Boys and Frank Sinatra albums were made there. Weezer would return to Cello 2 more times later on, in late 2000 to make The Green Album, and in late 2003 to start recording Make Believe. The room seen in the video is the largest room in the studio, Studio 1, where 4 years later Weezer would tool around on scooters and throw giant pillows around between recording takes in the smaller studio 2 across the hallway. (such exploits are available for viewing on the early Weezer proto-webisodes from 2000).

The video was directed by Jonathan Dayton and Valerie Ferris, who got their start directing the '83-'87 pre-120 Minutes MTV show "I.R.S. Records Presents The Cutting Edge". They were later responsible for many famous music videos (including "Tonight, Tonight" by the Smashing Pumpkins) as well as films later on. They wanted to use a new multi camera technique to shoot the band, while keeping the "pizza girl" story footage normal looking. The pizza girl was played by Mary Lynn Rajskub, who at the time was a "Mr Show" cast member, but who later would be known for "24" and many films later on like Jonathan and Valerie's feature debut "Little Miss Sunshine". Jonathan and Valerie knew her from doing directing work on Mr Show.

The band's footage is compelling because of the marked contrast between Matt and Pat's goofiness and Brian and Rivers' sincere performances. This ended up working artistically but was not the original plan. There was a strong schism in the band about whether they needed to continue using videos as a novelty to get attention and 'buzz' (the way it worked so well with "Buddy Holly"), or to be more straightforward and sincere like with "Say It Ain't So". "El Scorcho" was intended on being more serious but ended up having some levity mixed in, and it was not as successful a single and video as hoped. This did not settle anything and so planning "The Good Life" video became a fractious time. The final video was similarly a blend of the two opinions making an odd un-united amalgam. "The Good Life" was the last video of the "old days" of Weezer, the next one not happening untill 2001's "Hash Pipe" with Mikey. 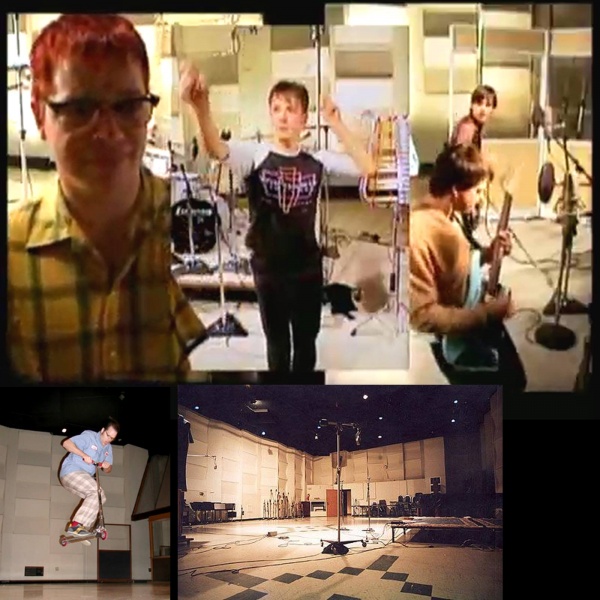