Posted on Weezer's official Facebook page as part of the "Today in Weezer History" series on November 16, 2013.

Today in Weezer History: 11/16/1996 - Weezer performs in Chicago, IL at The Riviera on the Pinkerton Tour. Another date on this now legendary tour, tonight's show was the Chicago stop and was at the historic Riviera, which is still going strong today, 96 years after it was first built as a movie theater. Placebo opened the show, supporting their self titled debut album. Not many Weezer fans gave Placebo much love on this tour unfortunately, despite their high quality rock and lead singer Brian Molko's stage banter like "This next song is about having sex with a robot!" Today, like many 1996 and 1997 shows, a setlist survives but not much else. 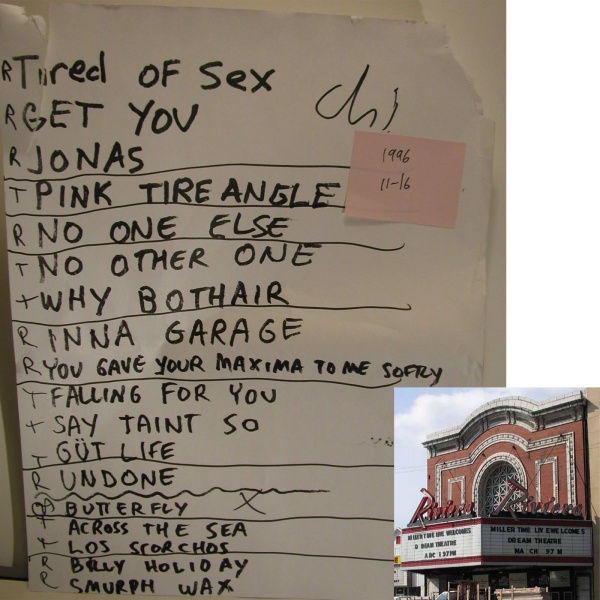