...first of all, this is pretty cool: They recently held this year's International Air Guitar championships in Finland. There is a freestyle competition, as well as a compulsary song that everyone has to "play". This year the compulsory song was "Hash Pipe"! Wow, I wish i could have seen that! (thanks to Richard for the heads up)

...Right now in Boston: WAAF and WBCN in Boston are having a "Weezer Weekend" over this holiday weekend (Saturday, Sunday and Monday, Sept 1,2, and 3), for the Sept. 25th show at Tweeter Center. Callers are eligible to win tickets every hour for 10 hours, so tune in, because you never know, your call might be the one thay were looking for!

"The 80's just munched everybody." Scott Shriner during a discussion of questionable fashion styles of the likes of The Who in the 80's.

"Third and final day and more of the same. We got in again at 2pm and they started right in on the last 9 songs for this demo session. That, boys and girls, makes a grand total of 24 songs. Joe Barresi, the engineer for these tracks, has gotten used to the pace that the guys set so this last day went smoother than ever. It took them 4 and half hours today--and that was with a couple of breaks. I have to give props to Maryn, the runner at the studio, who helped us out with everything and anything and always with a smile.

Song From Yesterday
I Wanna Know
Diamond Rings
How Long?
We Go Together
Living Without You
Farmer John
Your Room
Through Other's Eyes

It's been pretty cool seeing the whole process and how everything works. The new songs are really kick ass too, so it's been great to hear them all. They are all really different--from each other and other songs Weezer have done before--so it really is an exciting time. Lots of laughs again courtesy our Mr. Shriner, but Rivers jumped in with some good ones including the crack (and this should be read looking at the picture of the Beatles poster that I took) "Hey look, there's John, Paul, Ringo... and Brian."

Well, it's been fun pretending to be Karl for the last three days and I hope that I was able to pass on some useful information and insight into how the days went." --S.B. 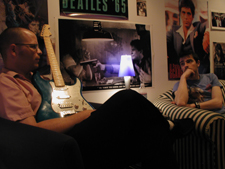 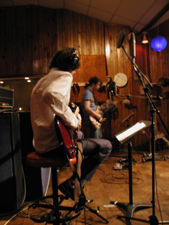 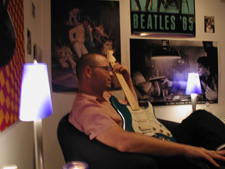 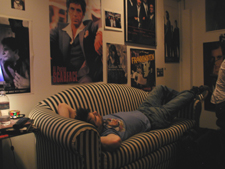 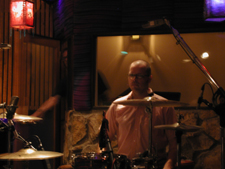