"the key to making a successful re-recording is almost entirely decided by how much cumulative plane travel is involved. in this case the number is large. very large. mind-bogglingly large. let's just say it's bigger than that. and also rod played piano. --love, pat"

...and with those words we speculate on the Tokyo session, which has produced a spiffy new version of the Maladroit track "Keep Fishin'". It rocks, plain and simple. It already rocked. But now it rocks more! I got a sneak preview, and I dont think i heard any piano, however. But I did hear a totally ripping performance, crisp and clean with no caffeine! So I guess that answers the "whats the next single?" question. More tomorrow. Many news tidbits coming in from around the world, its past time we got caught up!

...the 4 days of recording culminated with most of the band and crew returning to the USA for a bit of personal time. Rivers is staying in Japan and Korea for a bit to attend the FIFA world cup. Later in June the band will reunite, record some demos, and hit the road in early July! 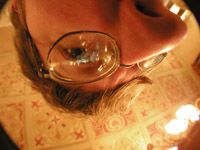