...March 2002 Europe Tour Show #3: Palacio Vistalegre; Madrid, Spain
Todays show was the first of 3 here in Spain with Lombardi, Dover, and The Cranberries, sort of an indoor festival series. The Palacio Vistalegre is actually an indoor bullfighting ring, which would seem like an odd place for the rock...but it did the job. Kinda boomy acoustics of course, but the glow in the dark headband wearing crowd of 12,000 werent minding one bit! The weez was feeling the crowd's love for both old songs and new, and particularly for "Island" which apparently has been part of a big advertising campaign over here. Not sure who Lombardi are, but we learned that the Spanish group Dover are (understandably) huge over here! And of course the Cranberries are nothing to sneeze at either. 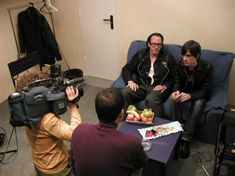 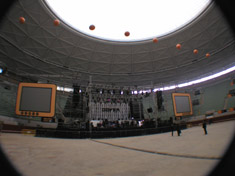 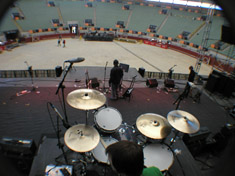 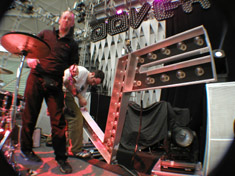 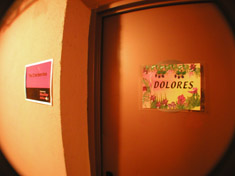 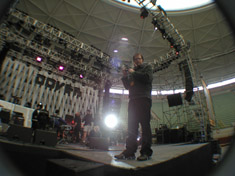 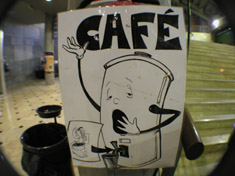 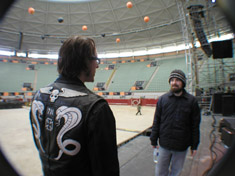 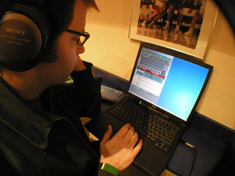 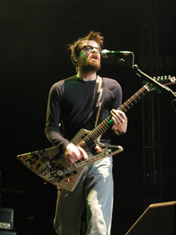 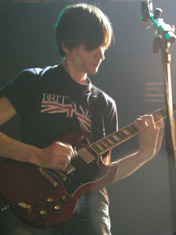 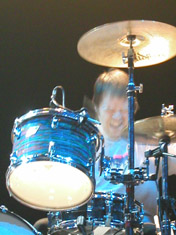 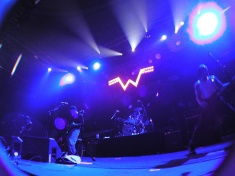 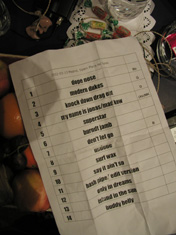