...March 2002 Europe Tour Show #5: Plaza del Toros de Illumbre; San Sebastian, Spain
#3 of 3 festival style shows here in Spain with Lombardi, Dover, and The Cranberries, this one in the very cool looking town of San Sebastian, near the northern coast of Spain. Todays venue, the Plaza del Toros de Illumbre, is a bullfighting ring, make no mistake about it, right down to the dusty earth in the ring, where the fans stand. Freaky trophied bull's heads contrasted sharply with a set of childrens amusement rides in the lower lobby. 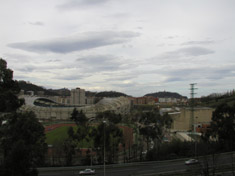 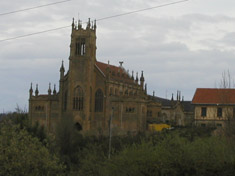 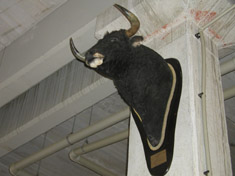 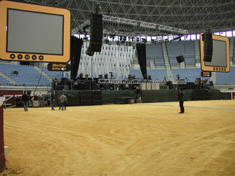 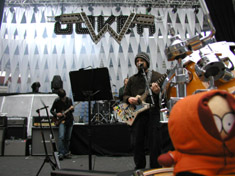 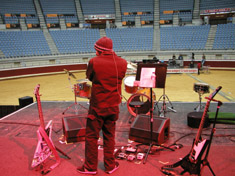 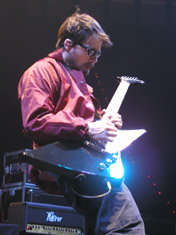 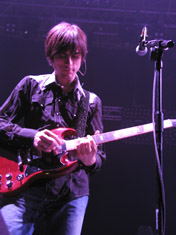 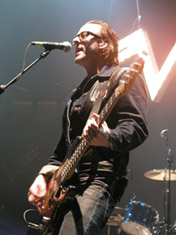 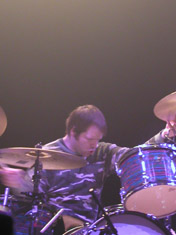 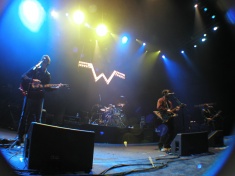 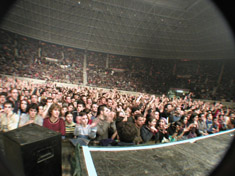 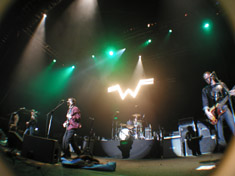 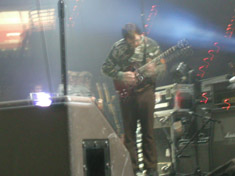 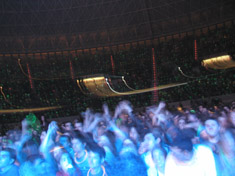 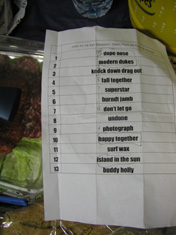