edmonton and calgary presales will END on Wednesday, March 27 at 5pm MT. the Missoula show now has a presale that starts wednesday.

the TOUR PAGE has all the info you'll need for internet presales! thanks to all of you planning on making it out to a show!

...Today was big press day #1 in Paris. 17 different interviews were done, plus a crazy photo shoot with a photographer who had a broken leg but didnt care! Afterwards restaurants were patronized, the Champs-Elysees was strolled, cafes were explored and the vibe was mellow. tomorrow the guys start all over again, plus the "live" performance on this, what do you say...'Hit Machine'.
"...PLEEEEEEEEEEEEEEEEEEEEAAAAAAAAAAAAAAAAAASSSSSSSSEEEE don't let weezer go to HIT MACHINE, this tv broadcast sucks a big time!!!!!" --concerned French fan
...hmmm. But heres the crazy part: Today, "Island in the Sun" went to #1 in Paris! For this area, often considered "unbreakable" by 'rock' acts (let alone U.S. rock acts) that is quite an accomplishment. Also, it marks weezers first ever #1 song anywhere! (true top 40 #1, not a specialty chart #1) Finally, after so many fits and starts, it looks like the tide for weezer in Europe is starting to turn. Who knows, in 6 months or a year, weezer may have risen out of the "underground cult" bunker its been hunkered down in over here... very exciting times indeed! Thanks are certainly due to the devoted fans who have stuck with weezer since their first feeble European tour in 1995. 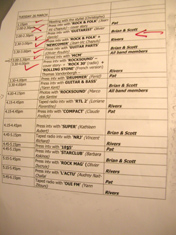 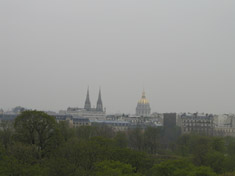 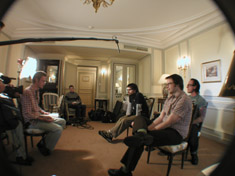 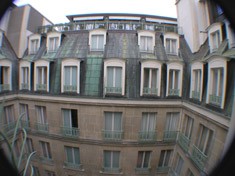 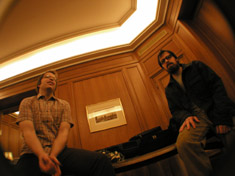 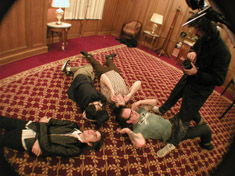