...more recording news: Saturday: Spirits are running high, it sounds like the troops are stoked and continue the current tradition of working hard while having some fun in the process. More work was done on "Mo’ Beats" (372), including some rather unusually recorded vocals from Scott! This song is getting some interesting comments from within the camp already, though I haven't heard it yet so I won't comment, myself. They also worked more on"Booby Trap" (373), as well as started two new songs entitled "Steamroller Action" (376) and a pretty ballad-ish song called "Queen of Earth" (362). Foozball happened. Top quality web surfing occured. Brian was spending a lot of time on vocals, possibly putting in some more time on "Yellow Camaro", which he wrote and sings lead on.

...The guys saw their cover piece in Ice magazine for the first time today, and were rolling on the floor over Scott's quote, which he doesn't even recall saying! (in reference to Maladroit: "You start off, everything’s kind of cool, you see some bumps ahead, you go to hell, you’re on the way out, you kind of see there’s some light at the end of the tunnel, then you get the s**t kicked out of you again, then you’re at home, you’re in heaven and it’s beautiful. Then you cry and go to sleep.")

...tomorrow (Monday) is the "Dope Nose" video shoot! Everyone's pretty excited at the prospect of stunts, motorcycles and drag racing for a day.

...lastly, we're aware of some message board /mailing list problems. our tech guys are on it so hold the emails. thanks! :) 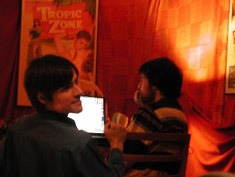 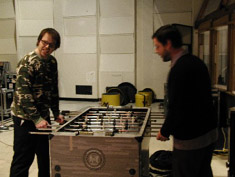 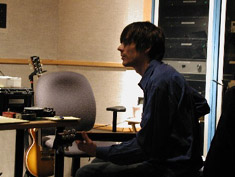 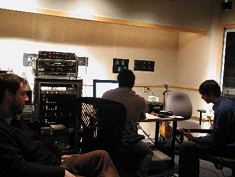 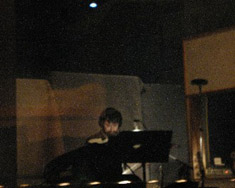 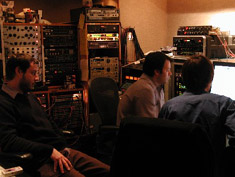 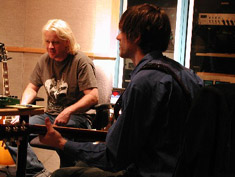 ...from Saturday (4/6)..thanks to Sarah for supplying recording pix and details!...