...in case you were napping, we've got 2 new mp3s up on the audio-video page, folks. From the recent recording sessions: "Private Message" and "Yellow Camaro" (which was written by Brian, who also sings lead on it!)

...Today most of the band flew to Edmonton, Alberta, in preparation for the Dusty West Tour, which kicks off tomorrow! However, Rivers remained behind in LA for a bit to hesh out a few more guitar licks, belt out some more vocals, and also to meet with producer Don Gilmore, discussing the possibility of Don lending his production talents to the 5th album, which is already considerably underway.

Speaking of album #5, here is the official list (as of right now) of songs in contention for Album 5: 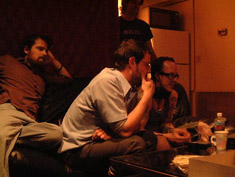 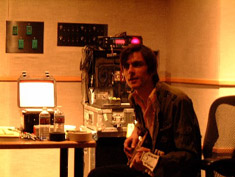 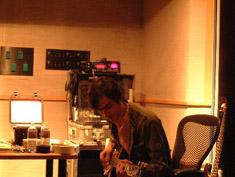 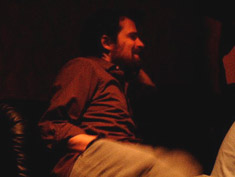 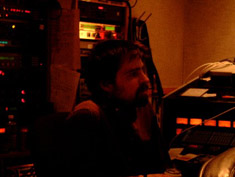 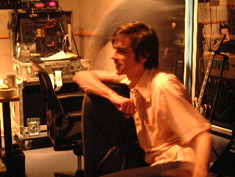 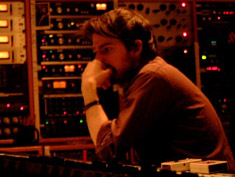 ...special note: due to some prior personal commitments, I will not be joining the Dusty West tour until it gets to Missoula, Montana. So I will be missing the first 4 shows of the tour (Edmonton, Calgary, Vancouver, and Pullman Washington.), and wont be able to shoot the usual pix and video you normally see on weezer.com after a weezer show. While I am hoping to get a few insider pix from the tour for those 4 dates, and I will be able to supply the setlists and basic details, feel free to email in your unique fan stories/reviews from those shows! the first 5 (post show) stories I receive per show will be used in that show's news report, so speed and an interesting perspective are key. Consider it a mock journalism exersize (subject to editing as need be). For the rest of the tour past the first 4 shows, this policy will continue, but it will be more like the first 1 or 2 stories used instead of 5, as a supplement to the overall story. So thanks in advance for your help!!

...magazine alert: the May issue of Pulse! magazine (the free monthly Tower Records music mag) has a cover story on weezer. This mag features cover and interior photography by yours truly, all shot during last months European tour. A thumbnail of the cover is now on the freshly updated =rwa= news page.