"...I wanted to tell you about my awesome English teacher! He always plays music in the background of class, and he has put on Weezer songs numerous times. Along with pointing me out to the class when I wore a =W= shirt, he's let the whole blue album play through along with Photograph, Island in the Sun, El Scorcho, Don't Let Go, and today, which the was coolest, The Christmas Song. I had no idea that he was a big enough fan to know a b-side!..."---Justin

Thursday 4-18:
a very very late night in the studio, the last with the full band tracking together, with Pat requiring a few days out of LA before the Dusty West tour starts next Tuesday. They got back working on "The Victor" on this day, which was the only song from the February sessions that they hadn’t gone back to yet. Everyone was very fond of what they had down on tape already, so there was some reluctance to dig in and stir it up again! They also worked on "She Who Is Militant" which had actually been "left for dead" a little while ago, but is now voted back in the running!

Friday 4-19:
This day was all overdubs, as the drummer man has left the building. Rivers worked on guitar stuff, and Scott came in a few hours earlier to work on bass stuff. Brian just stopped in to say hello. He was slated to work today (Saturday), but no info on that yet. 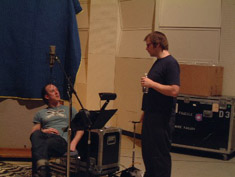 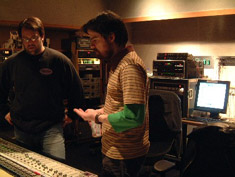 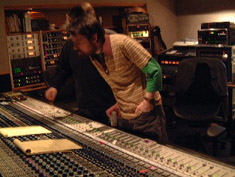 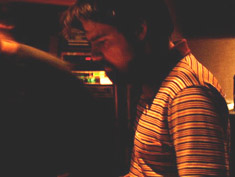 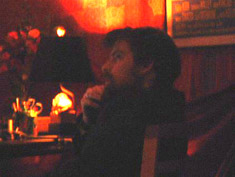 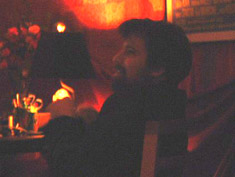 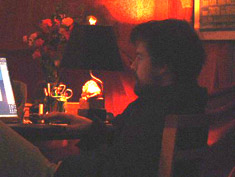 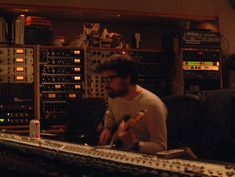 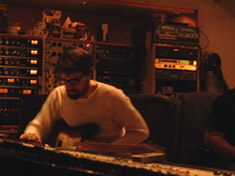 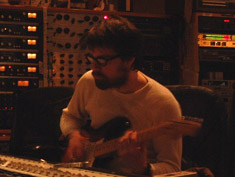 ...to those who prefer RealPlayer to view their video clips: The recently added "W.F.O. Remix" clip on the A-V page finally has a Real Video link. Thanks for waiting.

...here's a new li'l article about big Scott's views on becoming part of the weez family.

...vinyl reissue update: (thanks to many fans)

...interesting fan site alert: Knockdown Dragout War is a website dedicated to a roundtable discussion over Weezer topics. It reads sort of like CNN Crossfire, basically a debate. Pretty cool.

last week, Dope Nose climbed up to #13 on the Billboard "Modern Rock" radio chart. Now in its 6th week, it has risen again, to #11!! Once again, thanks to your requests and enthusiasm we've had another great week for Dope Nose!