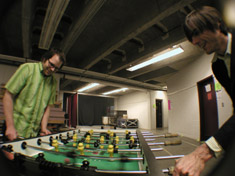 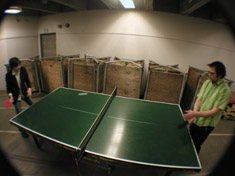 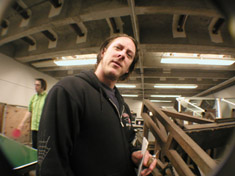 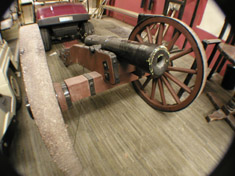 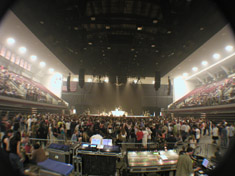 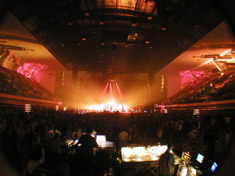 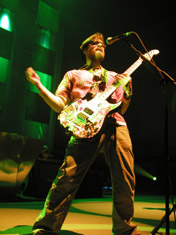 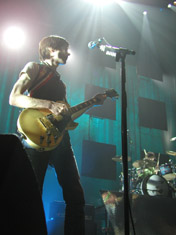 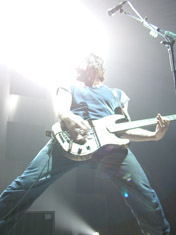 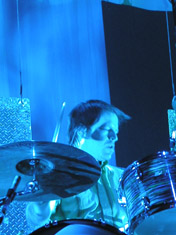 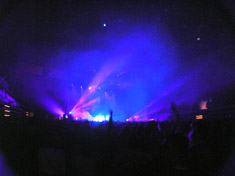 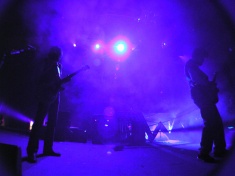 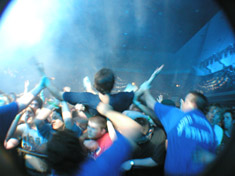 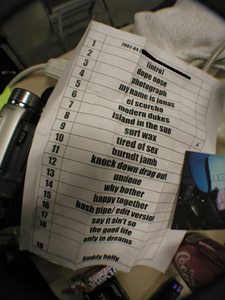 ...Today I was finally able to join up with the Dusty West Tour. I flew in early in the afternoon, after sleeping on the plane sitting up, trying to make up for the 32 minutes of sleep i had gotten prior to the flight that morning. Missoula looked beautiful from the air, snow covered hills all over the place. A friendly collegiate guy was waiting with a University of Montana van to whisk me to the Adams Center, which was basically an overgrown gym that could seat a lot of basketball fans. Or weezer fans...
The Adams Center may have been a bit shy on dressing rooms, but in its favor we managed to dig up a full complement of leisure activites backstage, namely foosball and ping pong. Now everyone wants to bring such items on the road with us! I guess it makes up for the curious sudden lack of powered scooters on tour. Where did they go? I bet as soon as its summertime again the scooters will be back, plus a phalanx of BMX bikes and all sorts of other good ways to get hurt. Personally, Ill stick to my trusty skateboard if I want to get hurt.

...Fan reports: the first 3 people to send in their Missoula rock tales:
(okay 5 this time, because theyre so short!)