...good jams today, in 2 studios to boot! First a stop at the high tech world, then down to the nitty gritty shop of rock. The work is both fun, frantic and incessant, as the guys race the clock to finish up before next weeks tour starts! 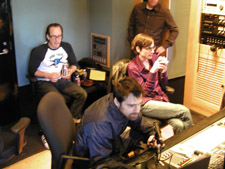 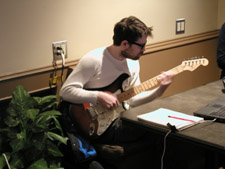 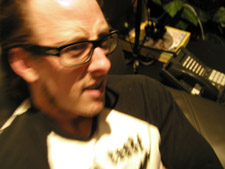 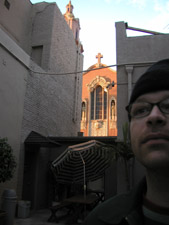 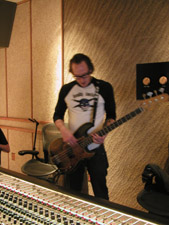 ...photograph video:in case ya didn't know, the video is up on Much Music USA's "keep/trash"-type show, this week. Now through Thursday you can vote for it so they show the video! just go to www.mmusa.tv...

...Then click on the center square.(launches the flash section)

update 2:Much Music USA has played the the video for 2 days in a row, due to weezer's domination of the 'oven fresh' online poll! With your votes, they'll continue playing it! Also, reports continue to come in from people seeing the video on their local shows, as well as more sightings online...

...Here's a link to a new unofficial weezer street team. This one looks pretty cool because it's fully grassroots, from and for the fans.