...Sometimes my impressions are off. When I rejoined the guys several days ago, I got the sense of a whirlwind of activity in the face of a coming deadline. However, I think I was reading the situation wrong. When discussing the current recording process with the guys today, I found that they havent been feeling rushed by any means, and in fact theyve simply been working hard and putting in the long hours as par for the course. In fact, they pointed out that theyve been working on this album for almost 6 weeks now, and really have been gearing up for it since last fall. So, rather than any kind of rush, its really more of a good ol' nose-to-the-grindstone solid work ethic thing thats been going on...and, its been paying off in spades! Today in the studio things were actually pretty relaxed. The album is really taking shape now, and only a few minor things need to be done, including the mastering. 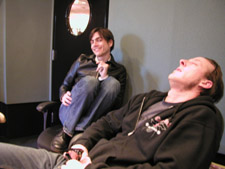 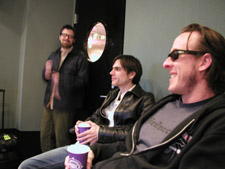 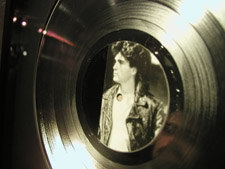 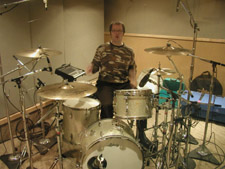 ...photograph video:the video has been up on Much Music USA's "Keep/Trash" show all this week. Through Thursday (today) people can vote for it so they show the video! just go to www.mmusa.tv...
...Then click on the center square.(launches the flash section)
...After that, click on the green bar.("oven fresh")
...Choose Weezer and vote, vote, vote, to get the video on TV!
97 percent of the people who have voted for "Photograph" voted to keep it. It's won every day its been on so far, so perhaps with your votes it will go into some sort of regular rotation??