...Hyper Extended Midget Tour Show #4: First Union Center, Wilkes Barre, PA:
Now were getting into the groove. Today's show was smooth and ran pretty much like clockwork. It almost felt too smooth for a while there, but the crowd and the band seemed to increase the level of wild rock as the night went on...

...Unfortunately some sort of nasty flu or stomach virus seems to be going around now, first striking Dan the Lighting Man this morning, then attacking Kenny the new bass n drum tech. Both of them struggled to survive working thru the show, and somehow made it. We thought it was isolated food poisoning at first, but then we got word near the end of the night that someone in the Ozma camp had suddenly taken ill. Everyone is crossing their fingers that it goes no further now, as we head for a merciful day off, a chance for those under the weather to recover! 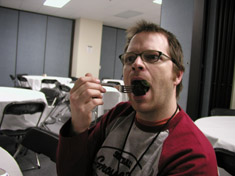 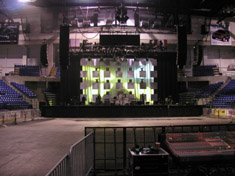 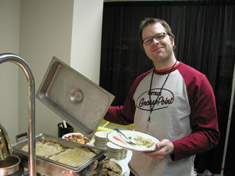 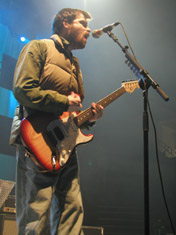 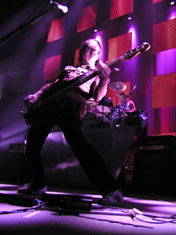 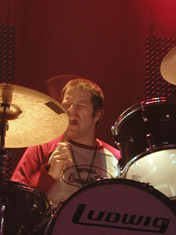 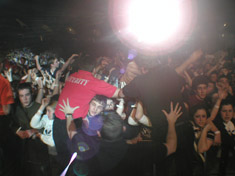 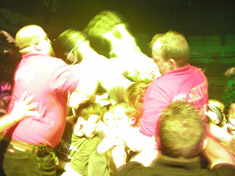 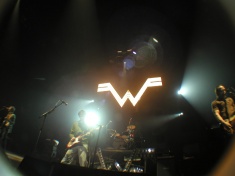 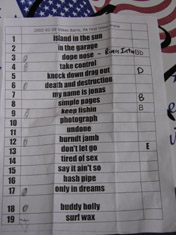