...Hyper Extended Midget Tour Show #11: Municipal Auditorium, Nashville, TN:
The venerable (i.e. old) Municipal Auditorium in Nashville must have been designed by someone who liked inclines, because the whole structure was designed around these huge sloping pedestrian ramps that made it a skateboarders paradise. Perhaps all Municipal Auditoriums across the country are subject to a "Muni Challenge", like the one in Kansas City? It sure looked good... Unfortunately, a wicked illness was going around as of sometime last night, and both Rivers and Pat (not to mention our tour manager) were battling high fevers all day. Pat even registered a 103 teperature about 1 hour before weezers set was to begin! So instead of following his instinct to careen around on the scooter, Pat took Rivers's lead and had lots of naps and drank plenty of fluids all day. The show was sold out to the rafters with a very cheerful crowd tonight, and thats the kind of show that Must Go On! With Rivers and Pat struggling to keep their energy up, the overall band presence was a bit less aggressive than in recent shows, but they managed to sufficiently rock it out! One fan whos seen 2 other Hyper Extended Midget shows said that this one was actually the most rocking of the 3, so they must have been doing something right...

"...Ozma was totally rocking, they had definitely improved a lot since last year
on the Outloud tour, I was very impressed. They left and then came Saves
the Day. I didnt really pay much attention to them because the pit was
extremely bad at that point.
Then came the Weez. Surprisingly, everyone chilled out a bit and it wasnt as
rough as before. Still insane but not too bad. The new songs sounded
unbelievable, Dope Nose about tore the house down, and Keep Fishin was great
too. What can i say, no one else rocks it quite like Weezer. My only
complaint is to turn Brian up!! I could barely hear the guy. Otherwise, it
was a flawless show. Any doubts I had about Scott were erased after tonight.
This guy knows how to rock, and he shows it...." ---Brad D. 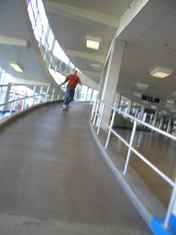 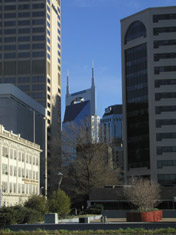 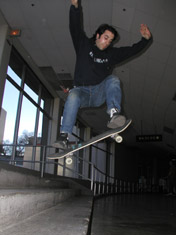 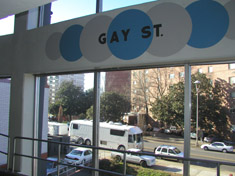 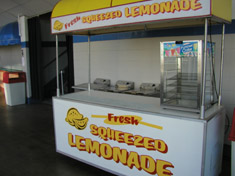 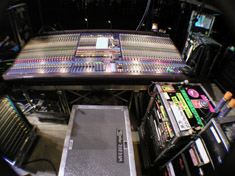 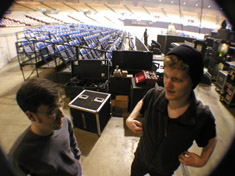 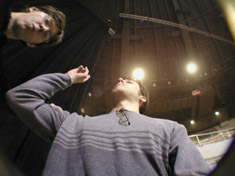 ...the fun dont stop at the webmasters guild meeting...Dan and Daniel leave Karl in the dust as they discuss the pros and cons of java... 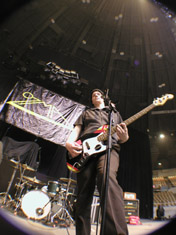 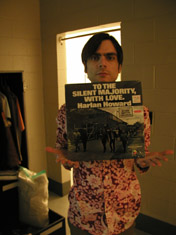 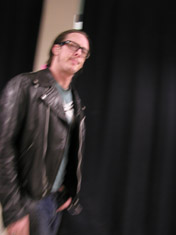 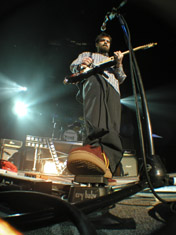 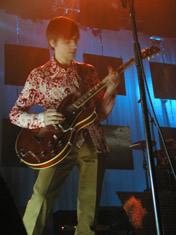 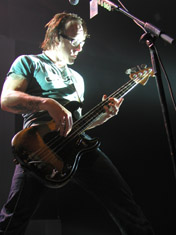 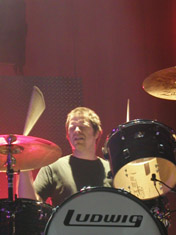 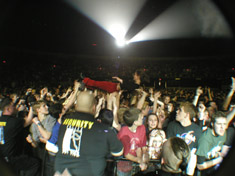 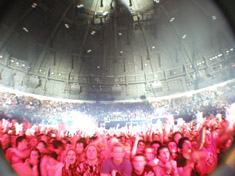 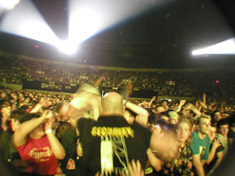 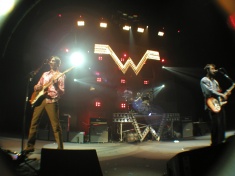 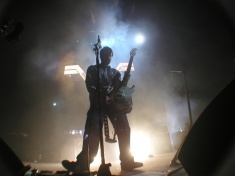 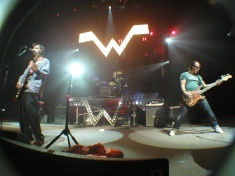 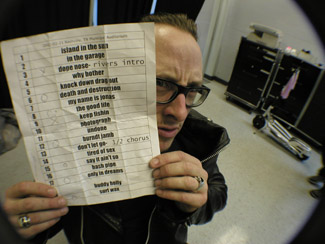 ...Interesting note (reminder for Raleigh's 2/22 show): The Entertainment and Sports Arena at Raleigh has a live webcam. Its located here on the web. Apparently it shows a new image every 60 seconds...