...Hyper Extended Midget Tour Show #9: Pepsi Arena, Albany, New York:
...The Albany people were pumped. This was their first weez show in a year and they were ready and willing to go nuts! Tonight was a "heavy moshing" night, with tons of crowd surfers tumbling over the line during almost every song. Also, the extremely dangerous "ripping up the ice-covering floorboards and riding them on the crowd" thing happened again tonight, and these werent just wooden boards! They were ultra dense heavy synthetic boards, like high density plastic or something. I really hope no one was hit by one of those...(I wasnt hit this time, I was staying far away from those things!) ...Chaos!

"The Good life" made it into the set tonight, the first time that's happened since May 2001 during the Hooptie Tour. Overall this was a really solid show, good sounding, and good vibes all around. 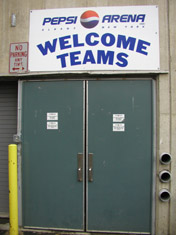 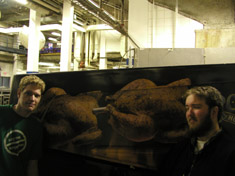 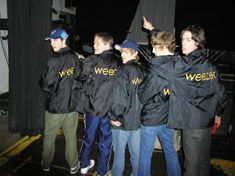 ...Ozma and Saves The Day, both being weird in a nice way... 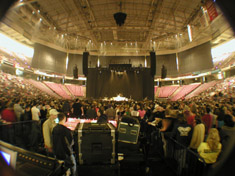 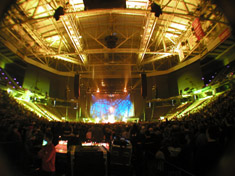 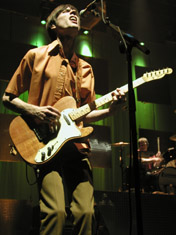 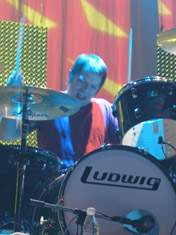 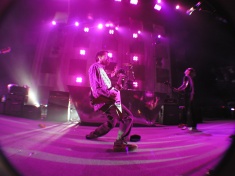 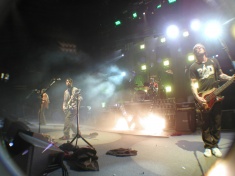 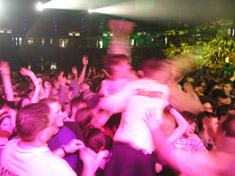 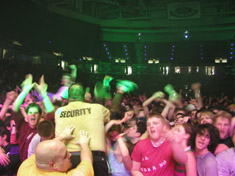 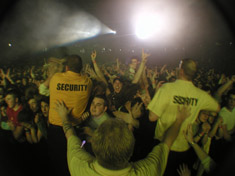 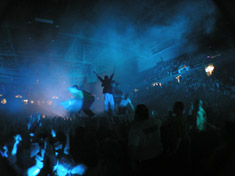 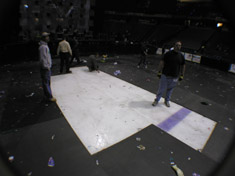 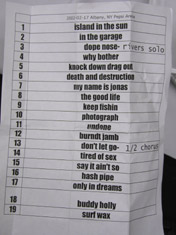