"...i work at the wherehouse over in santa barbara, one of those music/video stores...the other day one of the managers brought in a burned copy of the maladroit tracklist...and the response was surprising, especially during "take control"- when i told them it was weezer, they seemed pretty stoked. the whole album sounds incredible blasting throughout the store..." ---Roman

Guest Report: (the first one that came in...)

"...I was out buying an ozma t-shirt when the concert started. Ozma took the stage and rocked the house...I noticed that not a lot of people in the crowd liked ozma but me and my friend wore our shirts with pride. When they played the tetris song and battle scars, I could see the crowd was starting to get into it. Soon, their set was over and Saves The Day was up next. I'm not a big fan of them but i sat through a couple of songs. It was ok. Some catchy songs and some really dislikeable ones too. I left to get a soda and i came back to see that they were gone. Now it was time to prepare. I was very very excited. I ended up starting the wave with my pals and a group of guys behind us. Now this wave was going all around the venue and back to us. I even saw a bit of wave action happening on the floor. The lights soon grew dim. The house started to scream and the opening chords of island in the sun were played. But i remember the first thing Rivers said was, "Who's my bitch" or something along those lines. They later played "dope nose" and "keep fishin", that was a big shocker. That might have been the best "only in dreams" i have heard. Scott was doing these crazy stances with his bass and Brian was playing amazing. Pat's drumming was unbelieveable. Best playing yet. Rivers voice was incredible too. A lot of emotion was let out. The encore then came. There was another attempt at a wave but it failed. Weezer soon came on and played "buddy holly". I liked that a lot. Then "surfwax" was played. Pardon my potty mouth, but holy s--- did Rivers shred! He started messing around with the tuning of his strings. Scott's bass was left near the amp for feedback and Pat did a drum roll then left by throwing his arms in the air and waving to us. But Rivers just kept going. The guitar was making a very wavey type sound which died out just as the dimmed the lights to the big flying W. So all in all, it was a good show. Rating: 10 baby!" -Harrison 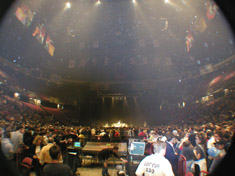 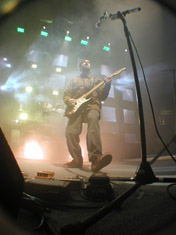 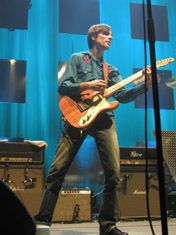 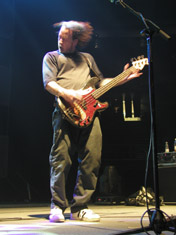 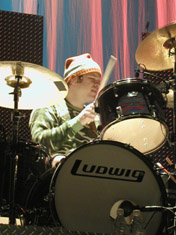 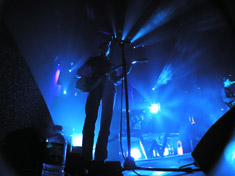 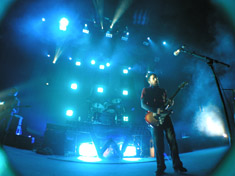 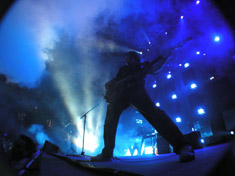 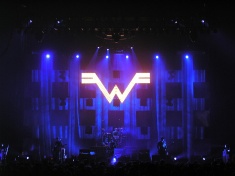 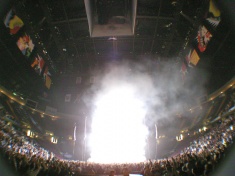 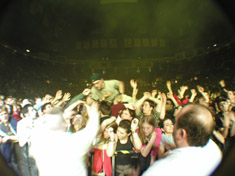 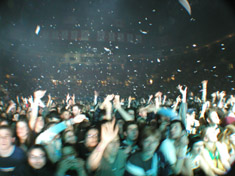 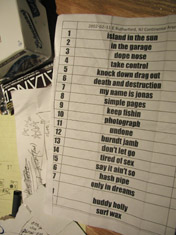 ...Reminder: in honor of the bands 10th anniversary coming up, "International Weezer T-Shirt Day" has been moved to February 14th, this coming Thursday! This is a grassroots fan effort. I guess the basic idea is to wear your weezer shirt, and look for others doing the same!

...Speaking of the 10th Anniversary, a fan has started a special guestbook to sign in honor of the big 10th year of weezer. Have a look and sign in!

...and Here's a really cool brand new interview with Pat, done for the Philadelphia Inquirer newspaper.