...So August draws to a close, as the weez lays low for a few. Up soon is a new round of rehearsals in LA, to continue work on songs for the upcoming 5th album recording sessions, which are slated to take place later in the fall, with a producer who is yet to be decided on. As this develops in the coming weeks, you'll be the first to know about it...

Meanwhile, some developments for the DVD, which I've been frantically working on all summer. Due to the large amount of work that they will need to do to have all the various and sundry footage approved for use, the record company has suggested moving the release back to after X-mas, to sometime early in '03. While I know that sounds like a bummer, it's actually fine by me if it helps make the DVD be all I'm hoping it can be. I'd love to share some of the scoop on what's going to be on it, but until more work is done with firming things up, I don't want to jump the proverbial gun. As soon as more details become known, you can be sure they will be here first.

okay, the mystery of the conflicting CD single tracklist has apparently been solved, thanks to various Irish fans who bought both CDs and report whats actually on them. As it turns out, there is a 3 audio track limit on any single issued in The UK, or it is disqualified from the singles chart [!!], so The Franklin Mint version of Keep Fishin' has apparently been removed. So to sum up, heres what you got: 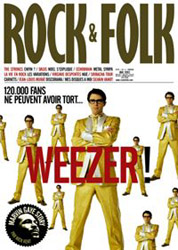 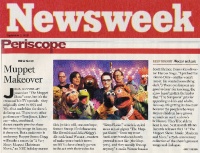 Weezerfest Germany! "It will happen on September 21st in Bielefeld. More info can be found in the news of weezer.de and on weezerfest.de.vu.

note from Brazil: "Saraiva Music Hall is the bigest CD store in Brazil. In the last week, Maladroit was at #8 in the Top 100." -Fernando (São Paulo)