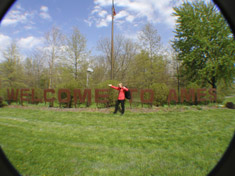 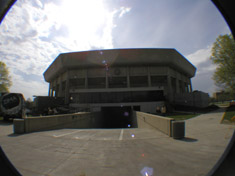 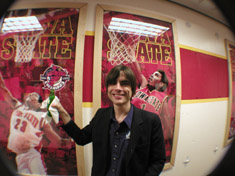 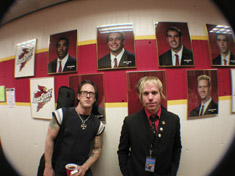 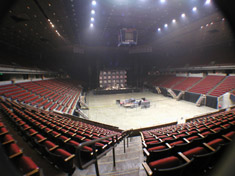 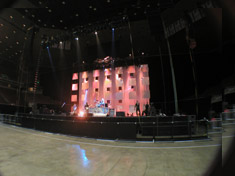 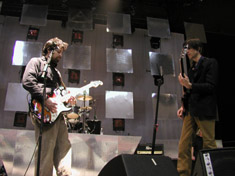 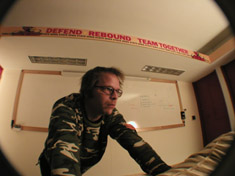 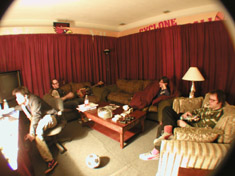 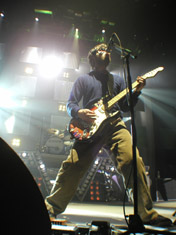 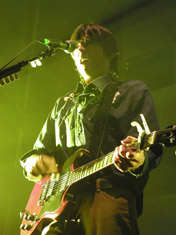 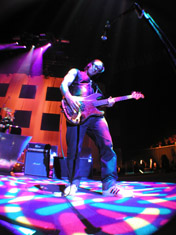 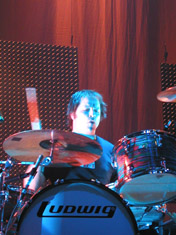 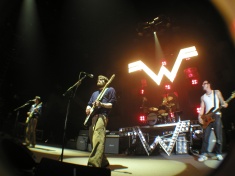 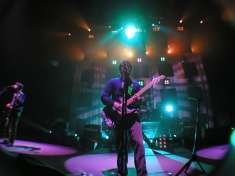 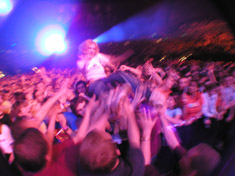 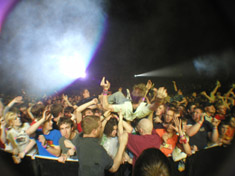 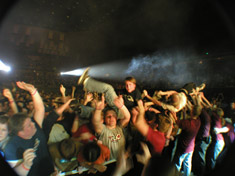 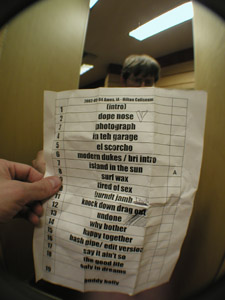 ...People from all over the midwest said they were coming into Ames to hit the Dusty West show closest to them, and from what I saw, they werent lying! I heard people say they were from Minnesota, Illinois, and even Indiana, and there was the feverish energy that comes from the confluence of a multi-state weez-hungry mob! This was helped along by an "all GA" show, where people werent restricted to any one area, so the 'mush pit' got particularly mushy. The General Admission status of the show was apparently a first for this arena, so they got paranoid and stepped up the security to a rather extreme degree. Pete Yorn had a prior commitment so he couldnt make this show, so AM Radio stepped up to a longer setlist and rocked it out well.