...another pleasant bullet train ride, this time up to Nagoya, where the Mos Burgers come easy... 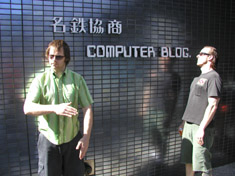 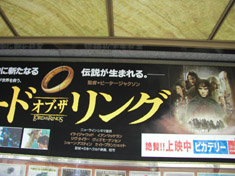 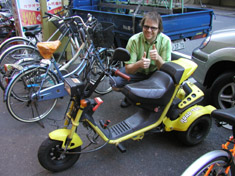 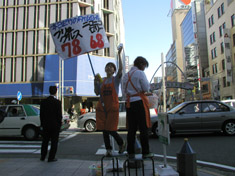 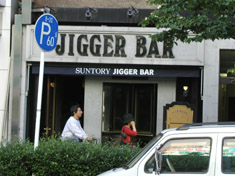 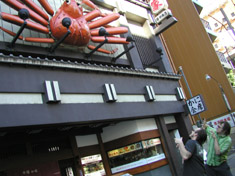 ...a fan writes: "I flicked on Mtv this morning as I was getting ready for school around 7am and Mtv News came on, talking about how Eminem was completely against the use of the internet for the purpose of downloading free music. His argument was that it was taking money away from the artist. The announcer then went on to say that on the other end of the spectrum was Weezer, who released most of their songs from their new album (Maladroit) on their website many months before it even came out! They had a few quotes from Rivers too. Since Maladroit is doing so well (#3!), Weezer is living proof that downloading music online has actually helped record sales by getting their music out there and waking people up to their music." ---Melissa

The prep work is nearly done, and while a few details are still being ironed out, its time to announce The Enlightenment Tour '02! This tour will mostly take place in outdoor ampitheatres, taking advantage of the summer weather whenever possible. For the opening acts, a killer lineup has been assembled. Dashboard Confessional has been confirmed for the whole tour, and The Strokes will be also playing on a still to be determined section. Opening the whole tour (except for one TBA date) are Sparta, a cool new band assembled from parts of the now-defunct At The Drive In. So for most shows, one of the following 2 lineups will be in effect: 1.Sparta, 2. Dashboard Confessional, 3. Weezer... OR, 1.Sparta, 2. Dashboard Confessional, 3. The Strokes, 4. Weezer. There may be some additional suprises in the works as well.

Full details are on the way, and all the very latest tour info will be available in the "tour" section.

The dates as we know them...(PLEASE NOTE: some of these are subject to change/be removed/replaced!)

...on another note, here's some Latin American "Maladroit" release dates:


...Besides the Billboard top 200, theres a lot of charts out there keeping track of all kinds of album activity, and heres some pretty cool numbers we found, courtesy The Album Network Retail Charts Magazine:

additionally, this past week Weezer's "Maladroit" was #1 Most Added at College Radio!

..."Classical Weezer" update: This coming Tuesday, May 28th, Take-Out records is releasing their lisenced weezer covers album, all done in an orchestrated classical style! The CD is called "Only In Dreams; Classical Music Inspired By Weezer", and contains unique versions of:
1.Mykel & Carli
2.In The Garage
3.Only In Dreams
4.Across The Sea
5.Pink Triangle
6.Photograph
7.Island In The Sun
8.Smile
The website (www.classicalweezer.com) has been fixed and revamped, and has the full story and ordering info.

...Los Angeles's KROQ-FM is doing their annual top 106.7 bands countdown, and the list is voter driven. Weezer has been on this listing in the past, but with your online vote they could soar higher!

..."As you stated on your 05/09/02 news, there was a fan in Wichita Kansas who was involved in a rather serious car wreck returning from the concert there on the 7th. Well that fan by the name of Zach Brown is now out of the hospital, and speaking to you now. I am going to make a full recovery, but it will take about 6 months to fully heal. I have my mouth wired shut, and a broken collar bone, but that is about the extent of my injuries. I am very fortunate, and my 98 Mustang is totalled, sadly. I would like to thank everyone here, the response from the site, the fans, and the band was truly tremendous. There is no greater feeling than recieving well wishes from people across the nation whom you don't even know. I recieved over a dozen cards and letters, and I am truly fortunate to everyone who sent. Thank you to everyone, it truly helped raise my spirits, and speed my recovery. Also, having Weezer playing through over 10 packages of batteries in my CD player while laying in the ICU helped things tremendously. Once again, thank you to everyone. I am glad that I attended the concert on Tuesday, May 7th, and it was beyond great. Now, I must return to healing, and listening non-stop to Maladroit. Thank you again..." ----Zach Brown

...a fan has started a interesting (and possibly crazy) little project, in an attempt to list the owners of EVERY numbered copy of Maladroit! Her website about this project is here...